CEDO Director Peter Owens to Step Down Next Month | Off Message

CEDO Director Peter Owens to Step Down Next Month 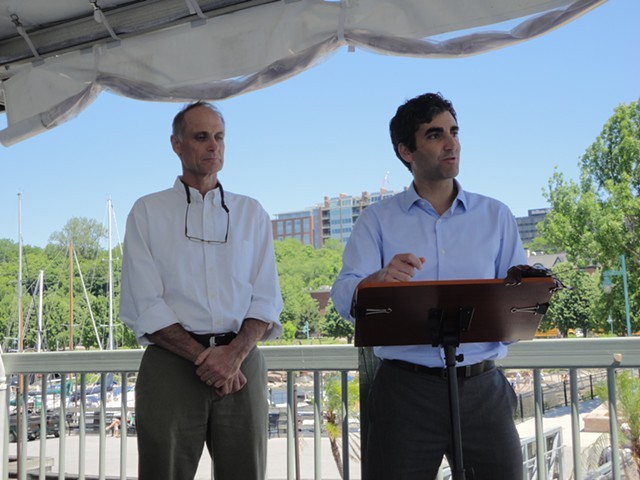 Peter Owens is resigning from his post as director of Burlington's Community and  Economic Development Office amid his highly publicized eviction of an elderly woman in San Francisco.

He will step down on May 6.

Owens said he had already planned to resign June 30 due to the "ongoing stress of being separated from my family." Appointed to the post by Mayor Miro Weinberger in 2012,  he often drives back and forth between Burlington and Hanover, N.H., where his family lives.

In a letter sent to Weinberger on Friday, Owens wrote that "given the recent public attention regarding an unresolved personal matter about the housing and welfare of an elderly woman in San Francisco, I have decided to accelerate my departure."

Owens is evicting a 99-year-old woman named Iris Canada from an apartment he owns with his wife and brother in San Francisco. He claims she moved out of the apartment years ago, leaving it in disrepair and violating the terms of their agreement, which allowed her to remain there for the rest of her life.

Canada denies this, and is contesting her eviction in court. This week, housing activists drew attention to the court battle, and dozens of news outlets began covering it.


Owens' letter to the mayor continues: "No matter the resolution of this issue, any perception that I am not fully committed to CEDO’s mission prevents me from continuing to be an effective leader and from advancing our mutual commitment to foster a livable, vibrant, and equitable Burlington community for all."

The mayor released a statement Friday afternoon praising Owens' leadership: "During Peter’s time at CEDO, the Department continued its proud record of creating and preserving numerous permanently affordable housing units and committed the city to new efforts to broaden housing affordability. The northern waterfront and our downtown are already considerably improved as a result of Peter’s vision, and will be even better in the years ahead as a result of the work he set in motion.”

Progressives, however, have been critical of Owens, suggesting that the department has lacked clear vision during his tenure.

His departure will leave CEDO without a permanent leader at a key time. It is overseeing multiple waterfront projects, including the potential Moran Plant redevelopment, as well as the $200 million makeover of Burlington Town Center. It's also working on enacting an 18-point housing plan and overhauling the city's parking system. And it's involved in planning for the Champlain Parkway and Railyard Enterprise Project.