Sanders Urges Supporters to Donate to Zephyr Teachout | Off Message 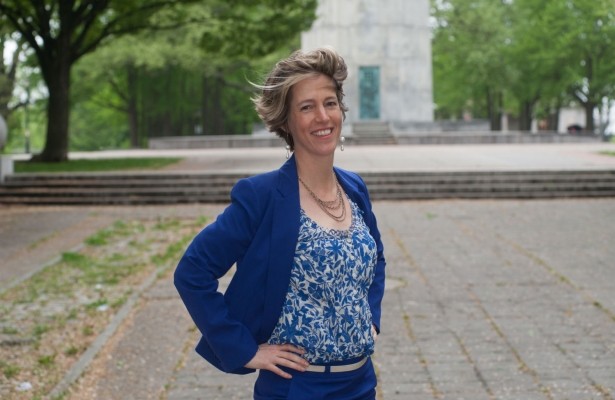 Teachout, a professor at the Fordham University School of Law, is a liberal darling who wrote the book Corruption in America. She launched a primary challenge against New York Gov. Andrew Cuomo in 2014. She’s running for a seat in New York’s 19th district, which is centered in rural Dutchess County, outside Albany.

Sanders asked supporters to donate to his campaign $2.70 — a thousandth of the maximum campaign donation by an individual allowed by federal law — pledging to split the cash with Teachout.

“When we talk about a political revolution, sisters and brothers, we also need to have people in Congress who aren’t beholden to special interests,” Sanders wrote in an email to supporters Thursday. “Zephyr literally wrote the book on political corruption. She understands better than anybody how special interests try to buy off politicians, and she’s dedicated her life to fixing our broken political system.”

Sanders was meanwhile campaigning in New York ahead of a crucial presidential primary on Tuesday.