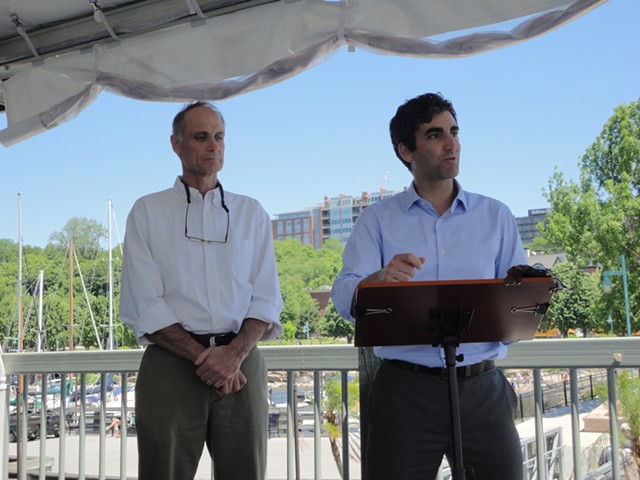 In the last 24 hours, more than a dozen news outlets have run stories about Iris Canada’s fight to stay in an apartment she’s lived in since the 1940s. Owens, the landlord, bought the 1,200-square-foot unit on Page Street with his wife and brother in 2002.

In 2005, they gave Canada a “life estate interest,” allowing her to rent the unit for the rest of her life as long as she continued to live there by herself and kept the place in good condition. Canada agreed to pay $250,000 in installments of $700 per month.

In December 2014, Owens and his co-owners filed a complaint in the Superior Court of San Francisco County alleging that Canada had been living in Oakland for two and a half years, was behind in her payments and had “allowed the property to fall into disrepair.” They asked the court to evict Canada and order her to pay the $171,600 balance, as well as damages.

Housing costs have skyrocketed in San Francisco, and as its neighborhoods gentrify, tenant-landlord battles have become increasingly common and contentious.

As head of the Burlington department that oversees the city’s housing policy, Owens is in an uncomfortable situation. San Francisco residents have emailed stories about his case to the entire Burlington City Council, as well as news outlets. And Bay Area activists are rallying on Canada’s side.

“I think this is a fight that [Owens] shouldn’t have picked as someone who is responsible for a department that is meant to take care of the most vulnerable in our community,” Progressive Burlington City Councilor Max Tracy told Seven Days. “I don’t think it was good judgment to pick a fight with a 99-year-old woman who wants to stay in this apartment.”

Owens offers a far more complex version of the events leading up to the eviction proceeding. He said his family considered Canada to be a close friend, and he visited the apartment in June 2014 out of concern because she had stopped answering phone calls. Inside, he observed rodents, feces, a fridge with no food, a moldy bathtub, and a calendar marking the month as June 2012.

After a court hearing Tuesday during which Canada was granted a one-week reprieve from being evicted, the elderly woman invited reporters into her apartment. They wrote that it appeared to be in good condition. Owens said there was a “bunch of activity” at the apartment during the last few months, suggesting that people had recently cleaned it up.

Owens said he had made “dozens of attempts” over months to reach out to Canada, who he claims was living with a niece in Oakland, before hiring a lawyer. And his lawyer also made repeated attempts to negotiate with Canada’s attorneys before filing in court. Canada’s current lawyer, Michael Spalding, did not return a call for comment.

According to Owens, he has taken out a second mortgage on his Hanover, N.H., house to cover legal fees of roughly $100,000. Eventually, he and his wife plan to retire to the Page Street apartment.