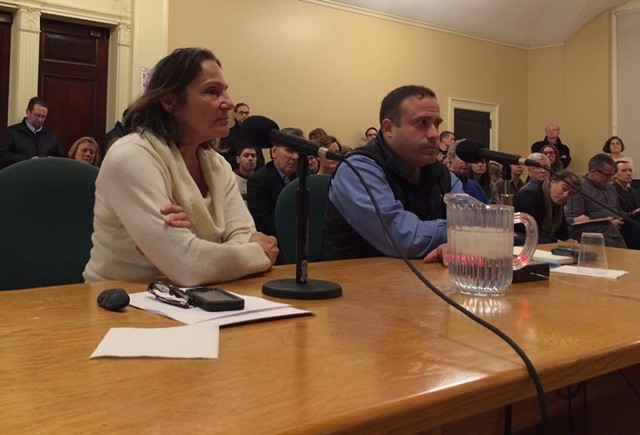 Seguino, who conducted the analysis with Cornell professor Nancy Brooks based on data recorded by officers from 2012 through 2015, presented findings to the city council Monday night.

But searches of black motorists turned up contraband only 46.2 percent of the time, whereas searches of white drivers produced illegal items 63.5 percent of the time. That could mean white drivers were getting under-searched or black drivers were getting over-searched, Seguino suggested. The difference in arrest rates between races, she noted, was not statistically significant.

Seguino drew attention to the disparity in search rates, while Police Chief Brandon del Pozo downplayed it, noting that the total number of searches was small. Just 52 black drivers were searched during the time period.

Unlike other states, Vermont doesn’t ask people to disclose their race on their driver’s licenses. But in 2014, the state began requiring police officers to record this information during traffic stops. Seven Days reported in January that it was unclear whether police departments were complying with the new law, in part because no one was charged with making the data publicly available.

The Vermont Senate is currently reviewing a bill the House passed in March that would require departments to submit their data to the Crime Research Group of Vermont, which would maintain a central database open to the public.

During her presentation to the council, Seguino noted that there were significant gaps in the data collected by Burlington police officers, which, she said, made it difficult to complete a thorough analysis. But compared to some other departments, Burlington is actually ahead of the curve in that it’s been collecting traffic stop data for years, which del Pozo has pledged to publish online every quarter.

Acknowledging that some of Seguino’s findings were “troubling,” he emphasized the importance of making this data transparent — both within the police department and to the public.