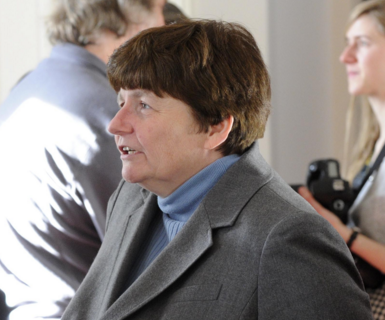 When Gov. Peter Shumlin announced in his State of the State address in January that he would be pushing Vermont to divest from coal and ExxonMobil stocks, he energized a cadre of advocates. He also put state Treasurer Beth Pearce, a fellow Democrat, on the spot.

Pearce, whom Shumlin appointed to the treasurer job six years ago, has resisted the call for divestment, arguing that investment decisions should be based on financial considerations — not political ones.

Now, divestment is an emerging campaign issue as Pearce runs for a third term.

Richard Dunne, a 30-year-old financial analyst who lives in Burlington, is challenging Pearce for the Democratic nomination, as the Burlington Free Press first reported Monday. Support for fossil-fuel divestment prompted his interest, Dunne said, though he said he’s also got ideas about how to better handle bonds, pensions and other state finances.
"When I get in there, one of the first things I want to do is divest pensions from oil," he said, characterizing it as an overly volatile investment.

Dunne, who grew up outside Philadelphia and moved to Vermont four years ago, has no political experience. But he said he quit his job in February as a health care financial analyst at Choice Strategies in Williston to concentrate on his campaign for treasurer.

Austin Davis, policy and communications coordinator with the environmental organization 350 Vermont, said the issue will likely play a role in other campaigns too, including for governor and lieutenant governor.

It may not be a deciding factor, though, even among some of the most ardent divestment advocates. Davis said his organization doesn’t get involved in supporting political candidates. He said he personally thinks highly of Pearce, despite their differences on divestment.

“She’s a phenomenal treasurer,” he said. “I think she’ll continue to do a good job for many years.”

Dunne is, by the way, not related to Matt Dunne, the Democratic candidate for governor. But he said he does agree with many of Matt Dunne’s views, including on divestment.