Another Burlington Department Head Hangs His Hat in the Burbs 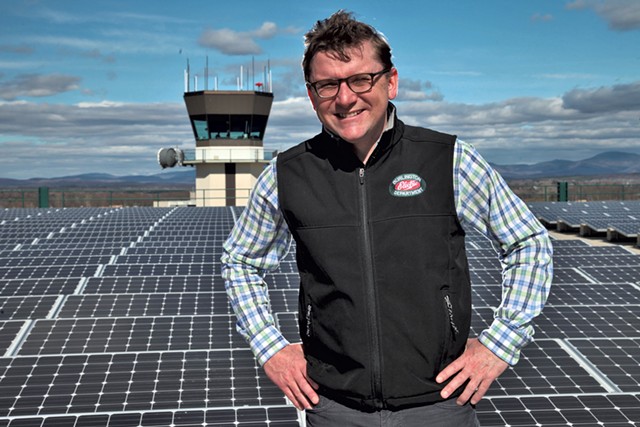 Burlington Chief Administrative Officer Bob Rusten isn’t the only city department head who rents a room in the Queen City to fulfill a residency requirement — but beds down somewhere else.

Burlington Electric Department general manager Neale Lunderville also rents in Burlington. But he spends nights at his house in South Burlington, he explained in an email Wednesday night.

Seven Days reported on Wednesday that several department heads, including Burlington schools Superintendent Yaw Obeng, have gotten waivers from a charter provision that says they must be registered to vote in Burlington within a year of being hired — in effect, residents.

As Seven Days reported, Obeng lives in South Burlington. And Rusten, who does not have a waiver, rents a room in the Queen City but generally stays at his home in Hinesburg.

“In light of the way you wrote about Bob Rusten’s living situation, I wanted to reach out to clarify my own,” Lunderville wrote. “Like Bob, I rent a room in Burlington and am registered to vote in Burlington — steps I recently took to meet the requirements of the City Charter. I took these steps in February 2016, just prior to the one-year anniversary of my March 2015 appointment as BED GM. Together with my partner, I also own a house in South Burlington, where I sleep.”

When initially contacted by Seven Days last week, Lunderville said via email that he rented in Burlington and was a legal voter. After reading the story, Lunderville reached out to provide additional details.

Thursday, Lunderville added in a short interview that he loves the city. “I’d feel the same about Burlington no matter where I put my head on the pillow,” he said.

The Burlington City Council might have an opportunity to discuss the issue soon. Council President Jane Knodell has asked Mayor Miro Weinberger for a report on compliance with the charter provision.