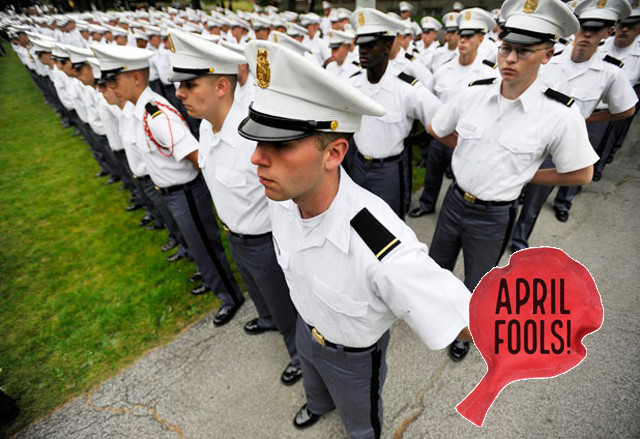 An unnamed spokesperson with the National Security Agency has confirmed that a rogue hacker has been waging covert “Jason Bourne-style” cyber attacks on terrorist strongholds around the world. He or she is believed to be a graduate of Norwich University’s nationally vaunted cybersecurity program.

Said one unnamed NSA official, who spoke on condition of anonymity, “This is one serious cyber-shit-kicking superhero. Glad he or she is working for us … for now.”

According to the NSA, the unidentified hacker has been using his or her military-grade digital acumen to take down or disrupt financial and communications networks of some of the world’s most dangerous terrorist groups.

Although the attacker has taken aim at some of the U.S. government’s most virulent enemies, the speed and intensity of those assaults have also alarmed U.S. security analysts, as they appear to be happening outside normal intelligence channels.

Both of those attacks appear to be personally motivated. In the case of Trump, Ghanuf posted images of bedbugs swarming, allegedly in hotels and resorts owned by the New York City real estate mogul, along with personal gripes about Trump properties’ “lame-ass” continental breakfasts.

And the hacker disabled Sandler’s official fan site with a flashing message that read, “Jack and Jill sucked!” The 2011 film, in which Sandler plays both male and female characters, was panned by critics and is widely considered the actor’s most obnoxious effort yet.

The governments of Russia, China and North Korea have all strenuously denied any connection to Ghanuf, as has the global hacktivist network Anonymous. As one anonymous Anonymous spokesperson told the NSA, “For real, he’s not yours? Whoa!”

Ironically, it wasn’t until reports of Ghanuf’s escapades began lighting up online chat rooms in the cyber-security world that Alan Keylogger, a Norwich sophomore, discovered the link to the private military college in Northfield. Keylogger recognized that the word Ghanuf, or “gonif,” is Yiddish for thief, or a troublemaker who’s secretly admired by others. He then quickly figured out that “Justin V. Ghanuf VII, Unworn Hysteric,” is an anagram for “Just having fun, Norwich University.” Keylogger was immediately offered a job with the NSA upon graduation.