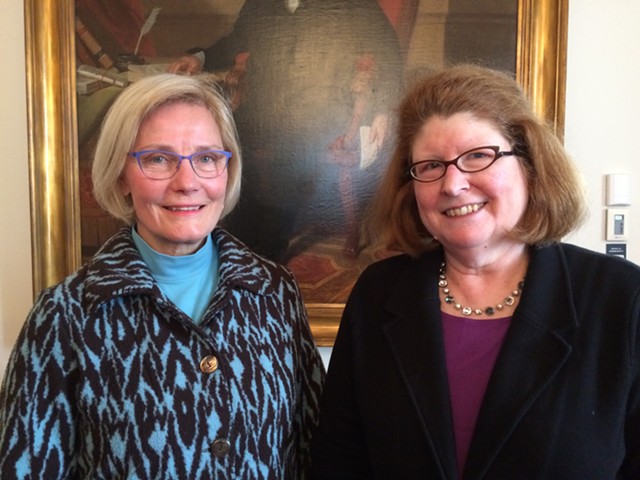 Diane Snelling, the lone Republican representing Chittenden County in the Vermont Senate, is leaving the legislature to become chair of the state Natural Resources Board.

Snelling, who has held the Senate seat since 2002, will be replaced for the remaining weeks of the legislative session by former senator Helen Riehle, a Republican who chairs the South Burlington city council.

Snelling, 64, of Hinesburg, said that when former board chair Jon Groveman announced his departure in February, she was immediately interested.

“I love Act 250,” she said of the state’s land-use law, which the board administers. “I like that it has really protected the landscape of Vermont.”

Riehle, 65, served in the House from 1983 to 1992 and then in the Senate until 2000. She said she would fill in for Snelling for the rest of the year but will not run for election in November. Riehle, like Snelling, is known as a moderate Republican.

Riehle is expected to be sworn in Wednesday, the same day the Senate takes up a controversial energy siting bill. She said she’s ready for the debate, which centers on giving towns more say in siting renewable energy projects.

“I am in favor of a certain amount of input on the local level,” said Riehle, who also noted she has solar power at her house.

Snelling’s departure from the Senate leaves at least two openings in the six-seat district. Sen. David Zuckerman (P/D-Chittenden) is running for lieutenant governor. Interest has already been strong among candidates.