Bill Would Give Most Vermonters Access to Free Birth Control 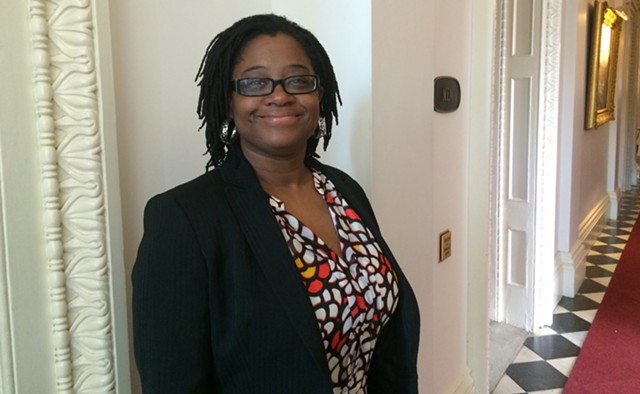 The House gave preliminary approval Wednesday to a bill that would guarantee most Vermonters access to free contraception. The bill comes up for final approval Thursday but Wednesday’s tally — 128 to 15 — seems to assure that it will pass.

Rep. Ruqaiyah Morris (D-Bennington) said the bill would preserve in Vermont the provisions in the federal Affordable Care Act that guarantee women access to contraception, should the federal law be repealed. It also would expand free coverage to male contraception, which isn’t included in the ACA, and provide supplementary payments to health care providers for the insertion and removal of long-acting reversible contraceptives such as intrauterine devices, or IUDs.

Morris told her House colleagues that half of the babies born in Vermont are from unintended pregnancies. The percentage is 74 percent for women on Medicaid. Why? “It generally comes down to access,” Morris said.

Earlier this session, the legislature approved a provision to make it easier for new mothers on Medicaid to get long-acting contraception. The administration of Gov. Peter Shumlin put the change in a bill making midyear state budget adjustments; immediate savings were projected from fewer unintended births.

Morris noted that the House vote occurred the same day that the U.S. Supreme Court heard arguments raised by nonprofit organizations with religious affiliations challenging requirements for them to offer contraception coverage for their employees. Morris said she expects an amendment to create some kind of religious exemption will be offered before the final vote.

Rep. Vicki Strong (R-Albany) questioned Morris about the side effects of long-term reversible contraception. Morris said they are minimal. Rep. George Till (D-Jericho), an obstetrician, confirmed her comments.

“This does not have any effect on someone’s future fertility,” Till said. “We do put IUDs in people immediately after [they give] birth.”

The Senate still must consider the bill once it clears the House.