Leahy, the ranking Democrat on the Senate Judiciary Committee, said that Garland’s “qualifications are impeccable” in a statement he released shortly after Obama and Garland spoke in the Rose Garden on Wednesday morning. 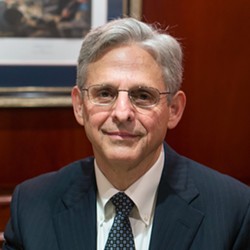 Senate Republicans, who hold 54 seats, have threatened to refuse to hold hearings on Garland, who would succeed conservative icon Antonin Scalia if confirmed to the high court.

“There is more than enough time for senators to publicly and thoroughly examine Chief Judge Garland’s qualifications and vote on his confirmation before Memorial Day,” Leahy said. “For more than 40 years, the Senate has held a confirmation vote on Supreme Court nominees on average 70 days after their formal nomination. The Senate should afford Chief Judge Garland the same process with a fair and public hearing in April, and the full Senate should vote on his confirmation by May 25.”

Leahy said he would meet soon with Garland, 63, who served as a federal prosecutor in the Oklahoma City bombing and the Unabomber cases.

“Chief Judge Garland is undeniably fair-minded and independent, and it is no wonder that he has received praise from across the political spectrum,” Leahy said. “He should be confirmed without controversy.”

During an interview Wednesday afternoon, Seven Days asked Leahy whether Garland has a chance of being appointed.

Some liberal groups, including Democracy for America, criticized Garland on Wednesday as a moderate who would not help achieve progressive goals or diversify the Supreme Court.

Leahy dismissed that criticism, and praised Garland for assembling coalitions of liberal and conservative judges while serving on the appellate court.

“Would they prefer to wait for a President Trump and see who he might nominate?” Leahy asked. “There’s always going to be outside groups on the right or left who aren’t going to elect some people. I’d like to see the seat filled. I’d rather be pragmatic. With a 4-4 court, I’m not in favor of fooling around with a symbolic gesture.”

Leahy noted that in 2001, when he was chair of the Senate Judiciary Committee, he co-wrote a letter with Sen. Orrin Hatch (R-Utah), the GOP’s ranking member on the committee at the time. The senators pledged in writing to hold votes on all Supreme Court nominees, even if most committee members opposed a nominee.

Leahy called on Hatch — who in past years praised Garland and called him a “consensus nominee” — and other Republicans to live up to that standard. “I cannot imagine any time since I’ve been in the Senate that I’ve been more disappointed with the leadership, in this case the Republican leadership, for saying they took an oath to uphold the Constitution, and now they want to violate the oath,” Leahy said.