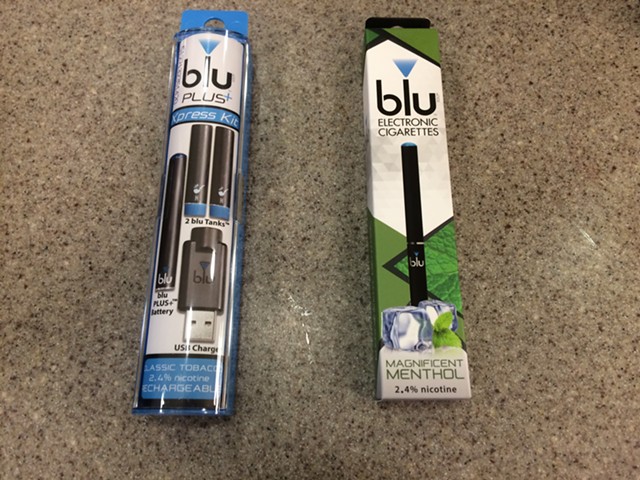 The House Human Services Committee voted 10-1 Thursday for a bill that would ban the use of electronic cigarettes in places where smoking is already prohibited, including workplaces, hotels and motor vehicles carrying children.

The bill would also require retailers to display e-cigarettes in places accessible only to sales personnel — such as behind counters or in locked displays.

Their action means that the bill will come up for a vote in the House next week. It still has to be considered in the Senate.

Rep. George Till (D-Jericho), a physician, tried at the last minute to persuade the committee to raise the legal age for smoking from 18 to 21. He said towns in Massachusetts have made this change with dramatic reductions in smoking among high school students, according to surveys. Hawaii recently made this change, too, he said.

The committee decided against adding the provision. Several members worried it could jeopardize the prospects for passing the e-cigarette restrictions.

In deliberations Wednesday, committee chair Ann Pugh (D-South Burlington) argued that allowing unrestricted use of e-cigarettes was creating a new path to smoking. “It begins to make it attractive and cool.”

Rep. Paul Dame (R-Essex Junction), who cast the sole no vote, agreed with the majority about restricting where e-cigarettes should be displayed in stores. But he questioned whether lawmakers could justify restricting where the devices could be used. “My concern is there isn’t enough evidence there is a health issue that requires state involvement,” he said. He suggested the research failed to show a health risk from secondhand vapors.

Pugh reminded the committee of photos they had been provided in which it was difficult to discern whether people were smoking traditional cigarettes or e-cigarettes. “It is intrusive,” she said, noting the plumes of vapor around the users that she said could bother others.

The committee has taken testimony on this bill for weeks, including from students from Enosburg Falls High School who urged lawmakers to protect them from the hazards e-cigarettes pose. In written testimony, the students noted that many flavors, such as cotton candy, peanut butter cup and popcorn, seem intended to appeal to youths.

Lobbyist Andrew MacLean provided the committee with a letter from Carlos Lindo, president of R.J. Reynolds Vapor. He objected to the scope of the restrictions in the bill, suggesting the ban should be limited to “youth-focused facilities” such as schools, daycare centers, and playgrounds, as well as hospitals and doctors’ offices.

Vermont already bans e-cigarette use at schools and daycare centers and requires purchasers to be 18.

Lindo argued vapor products are relatively new and there isn’t yet any research that supports treating them like conventional cigarettes. “Doing so would be premature,” he wrote.

“The research we saw is enough for me to take action,” said Rep. Jill Krowinski (D-Burlington), a committee member and one of the bill’s sponsors. “Anything we can do to prevent our kids from starting on e-cigarettes is incredibly important.”