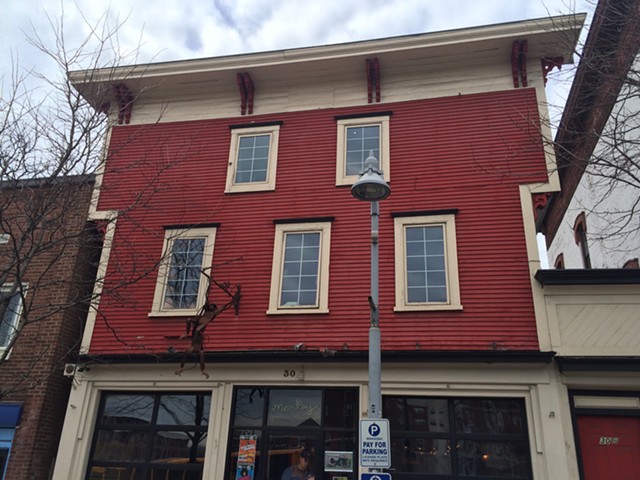 After evacuating part of downtown Winooski Tuesday, police announced they had uncovered what they rather cryptically called a “clandestine lab.” At a press conference Wednesday morning, Lieutenant Scott McGivern put to rest rampant speculation: “This was not a meth lab.”

He explained that people had been making hash oil using butane, a highly flammable solvent, in the apartment above the Monkey House at 30 Main Street. McGivern characterized the operation as “equally as volatile” as meth production.

In such labs, people use butane to extract THC from marijuana, then evaporate the solvent, often by boiling the oil. The end product is a waxy resin with a high concentration of THC. Butane — commonly used in lighter fluid — is highly flammable, meaning the process is prone to explosions.

During the last few years, U.S. law enforcement officers have been raising the alarm about the dangers of producing butane hash oil, or BHO.  In response to a series of explosions, Colorado, where marijuana is legal, passed a law last year  that makes home extraction a felony. California has also contended with BHO-related explosions in recent years.

Two weeks ago, the Vermont State Police arrested a Berkshire father for allegedly producing BHO at his house.

Winooski police have identified suspects — McGivern said he couldn’t say how many — but have not yet filed any criminal charges.

McGivern noted that a Vermont  law prohibiting “clandestine” labs doesn’t apply to butane hash oil production, but suspects in this case could still be charged with illegally possessing marijuana. Had the operation been a meth lab, police could have also brought charges related to the lab equipment itself.

The marijuana legalization bill currently under review in the Vermont House specifically prohibits chemical extraction, except at authorized dispensaries.

Police found out about the Winooski lab from an anonymous tip, according to McGivern. He said a tenant, who is a suspect, allowed the Winooski fire chief and a code enforcement officer to enter the apartment.

Emergency responders and a private environmental services company, ENPRO, responded to the scene. The State Police actually has a clandestine lab team, which it also dispatched. The on-site investigation lasted roughly 15 hours.

For part of that time, restaurants below the lab were ordered closed, nearby tenants were asked to leave and traffic was rerouted.

By Wednesday morning, all traces of activity were gone, and McGivern emphasized that the site was completely safe.