Trump Wins Vermont, But Kasich Shares Its Delegates | Off Message 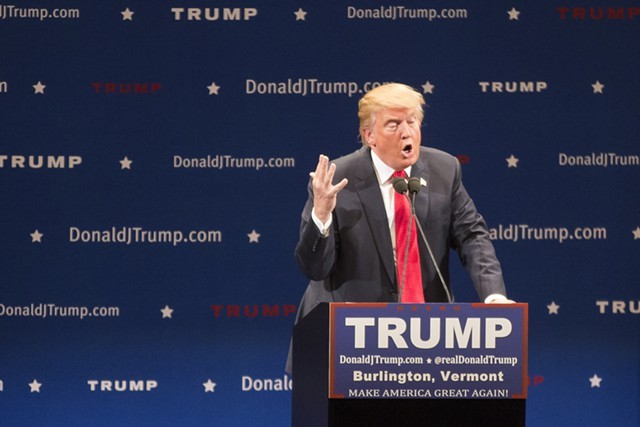 Vermont's Republican presidential primary turned out to be one of the closest in the country on Super Tuesday.

For much of the evening, it was too close to call between real estate tycoon Donald Trump and Ohio Gov. John Kasich. But shortly after midnight, the Associated Press declared that Trump would prevail.

There was a silver lining for Kasich. Because the margin was so minuscule, it appeared he would walk away with the same number of delegates as Trump: at least six apiece. Vermont awards 16 delegates to Republican candidates.

As of 12:35 a.m. Wednesday, Trump was leading Kasich 32.6 percent to 30.6 percent, with 91 percent of the state's precincts reporting. Sen. Marco Rubio (R-Fla.) took 19.3 percent of the vote, while Sen. Ted Cruz (R-Texas) and retired neurosurgeon Ben Carson trailed with 9.7 percent and 4.2 percent respectively.

Trump prevailed in much of southern Vermont, Franklin County, Orange County and the Northeast Kingdom. Kasich cleaned up in populous Chittenden County and portions of central Vermont. Rubio won just a handful of small towns, including Marshfield, Westfield, Elmore and Waterford.


Though he didn’t manage to overtake Trump, Kasich certainly outperformed expectations in the state. A Castleton Polling Institute survey conducted last month for Vermont Public Radio showed him in a virtual tie with Cruz for third place. The poll found Trump leading with 32.4 percent and Rubio in second place with 16.9 percent.

Since then, Kasich was the only candidate to visit Vermont — twice in the final two weeks of the campaign. Trump appeared once in Burlington, in January, while Rubio held a fundraiser in the state last year.