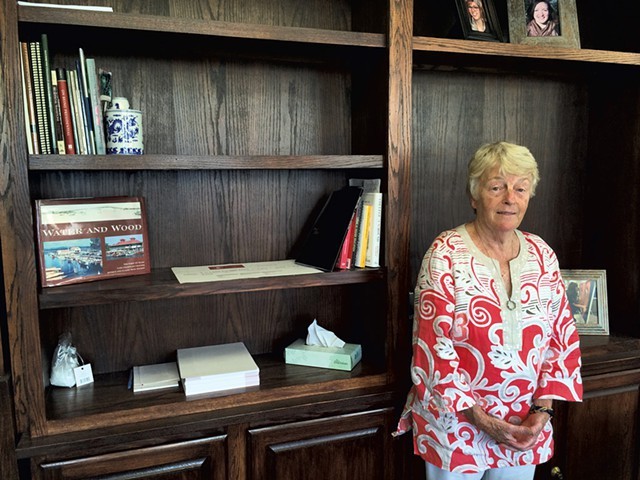 Five former Burlington College students are trying to intervene in a lawsuit against the school that alleges school officials spent an endowed scholarship fund on other expenses.

G. Jason Conway left Burlington College a $70,000 scholarship fund, but a lawsuit filed by his estate in early February accuses the financially struggling college of spending much of that money on other expenses. Current Burlington College interim president Dr. Carol Moore contests that the funds were misspent under previous administrations. Both parties are attempting to reach a settlement agreement.

But on Wednesday, attorney Jared Carter filed a motion on behalf of the former students, requesting intervenor status in the case in Chittenden Superior Court. Carter is managing attorney of the nonprofit Vermont Community Law Center and a Vermont Law School professor.  Previously, he was a professor at Burlington College, where he taught several of the students he's now representing.

Carter argues that they have a clear stake in the case because they could have been eligible to receive the Conway Scholarship. “If the college agrees to pay back the estate, that’s great.” Carter said. “It should, but it doesn't help these students who took on extra debt.”

Asked whether he had qualms about facing off against his former employer in court, Carter said, “My loyalties are to these students, who I believe have suffered a harm as a result of the college's illegal behavior.”

College spokesperson Coralee Holm said officials are still reviewing the former students' motion. Regarding the underlying lawsuit, Holm said in an emailed statement that the school “has had a cordial meeting with the Executrix of the Conway estate and we have discussed a probable resolution. We are hoping that the misunderstanding will be resolved.”