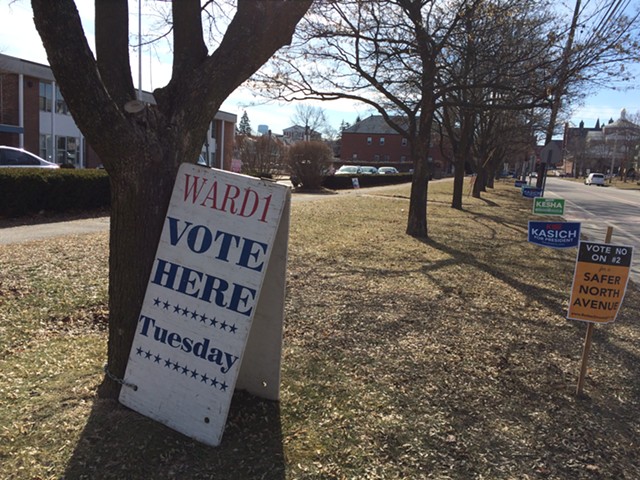 Vermonters are experiencing a double dose of democracy today, as Town Meeting Day and Super Tuesday have collided to provide a smorgasbord of political decisions.

Communities across the state are grappling with education spending caps, and voters in five regions will decide whether to give up some local control and create unified school districts with neighboring towns under controversial Act 46.

Elsewhere, Barre residents are voting on whether to restrict placement of residential chicken coops. Rutland residents will decide whether to stop putting fluoride in their water. Burlington voters will weigh in on a proposal to add bike lanes — and get rid of a lane for vehicular traffic  — on a busy thoroughfare.

Oh, and some Vermonter's name appears on the Democratic presidential ballot.

Bernie Sanders started the day casting a ballot for himself at Burlington's Robert Miller Community and Recreation Center, his New North End polling place. Sanders told the media he is hoping for a large voter turnout across Vermont and the 10 other Super Tuesday states, which will offer 880 delegates, about one-third of the total needed to secure the Democratic nomination. 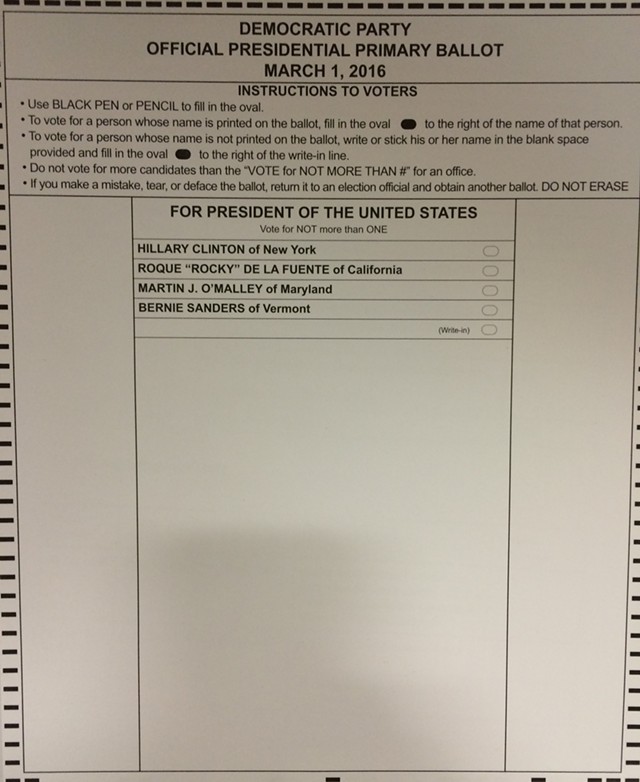 Sanders is holding a rally and concert tonight at the Champlain Valley Exposition in Essex Junction. Doors open at 4 p.m. and the event begins at 6 p.m., with Sanders expected to speak later.

By midmorning, turnout at Burlington's Ward 1 had been "medium to high," according to Ward Clerk Sue Alenick. The activity had nothing to do with local politics, she said. "We're not bored, but I don't think anybody is that excited about the local issues. It's the presidential race."

Check back with Seven Days tonight, as we will be live blogging about Sanders' results in Vermont and  the other Super Tuesday states and also about key town and school votes. And that thing about the chickens in Barre. We plan to be all over that one.