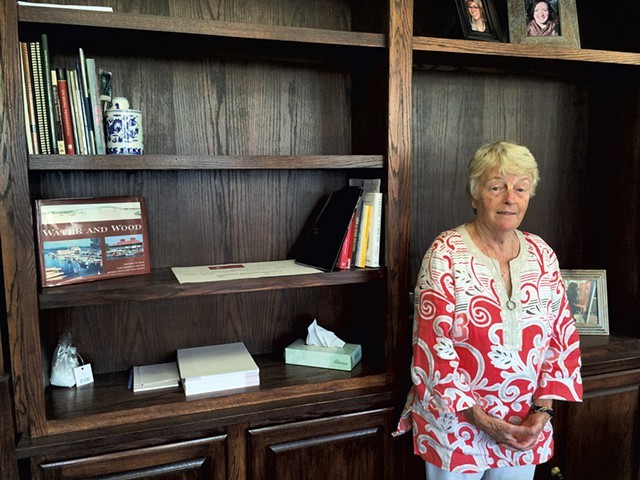 The estate of a founder of Burlington College has filed a lawsuit alleging the struggling institution spent donated scholarship funds on other expenses.

G. Jason Conway, who was also a longtime professor at Burlington College before he died in 2010, included the school in his will. According to a complaint filed in Chittenden Superior Court by the executrix of his estate, Marjorie Lemay, Conway's $70,000 endowed funds were to "remain intact," with the interest or income on the principal used each year for student scholarships.

The news site VTDigger.org reported in August 2014 that college officials, who received the money in two installments in 2011 and 2012, used $50,000 for other purposes. Lemay’s lawsuit, first reported by the Burlington Free Press, makes the same claim.

The complaint states that on October 2, 2012, Lemay met with then-president Christine Plunkett, who acknowledged that the funds had been spent. It also alleges that in an email sent 10 days later, Plunkett wrote, “The decision to borrow funds from the endowment was not taken lightly and was agreed to only with the understanding that the loan was temporary due to extreme financial circumstances and would be repaid in as timely a manner as possible.”

That still hasn’t happened, according to the complaint.

During an interview Tuesday, interim president Carol Moore contested the allegations. She said that scholarship money was given out during the time frame under question and suggested that officials may have simply failed to label it as having come from Conway's endowment. "It's not clear from the records that I have whether or not the scholarships that were given out were given in the name of [Conway's scholarship]," she said. Moore also said the state attorney general's office had declined to pursue a complaint about the matter.

Lemay’s attorney, Norm Blais, said he contacted Moore three or four weeks before filing suit and never heard back. After he filed suit on February 1, the college offered a mortgage on its property as a form of assurance while the two parties try to reach a settlement agreement. On behalf of Conway’s estate, Lemay is seeking damages beyond the scholarship funds, though Blais said they have not discussed how much.

"Ms. Lemay’s goal is not to put Burlington College in a precarious position," he noted.

Blais said he doesn’t yet know exactly when the money was spent. After Jane Sanders, the wife of Sen. Bernie Sanders (I-Vt.), was pressured to step down as the college’s president in September 2011, Plunkett, chief financial officer at the time, took her place. Plunkett was forced out in September 2014, under pressure from students and staff, and eventually was replaced in December 2014 by Moore.

The lawsuit could carry risks for the college beyond any immediate financial penalties.The New England Association of Schools and Colleges, which put the college on probation nearly two years ago for financial problems, will decide this April whether to continue accrediting it. The case could also give pause to potential donors who will be necessary for any long-term effort to stabilize the college’s finances.

Moore, however, said she's not worried about the potential impacts. "We do not really feel it has any significant bearing on the college," she said. "This matter seems like it’s a little blown out of proportion."