Background Checks Are an Issue in Vehicles-for-Hire Proposal 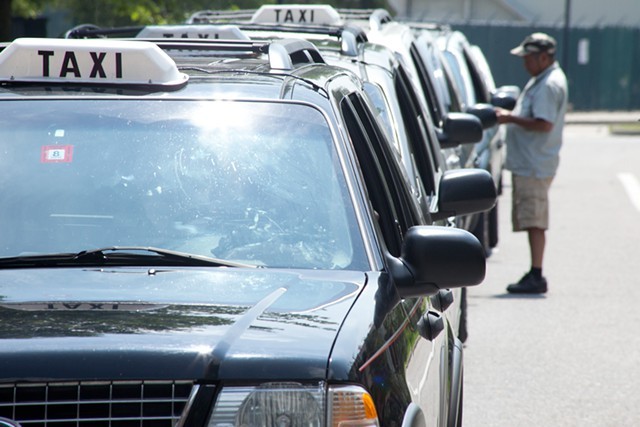 The Burlington City Council is expected to vote Tuesday night on a new set of rules governing vehicles for hire. One question could split the council: Can the city trust private companies to conduct their own background checks on drivers?

In deference to Uber, the proposed rules would permit companies to carry out their own checks, provided they meet the city’s standards. To make sure companies follow through, city officials would “audit” a random sampling of background checks twice a year.

Progressive Councilor Max Tracy said he isn't comfortable entrusting private companies to vet their own drivers, and he plans to introduce an amendment that would keep this responsibility the city's. Audits will offer little assurance, Tracy contends, because Uber refuses to disclose how many drivers operate in the city, making it difficult for officials to know whether their sample size is sufficient. "We’re allowing Uber to remain behind the scenes," he said.

Tracy is seeking support for his amendment, while Mayor Miro Weinberger advocates for the opposite.

Weinberger said the audit system would be "robust" and he expects Uber to cooperate. He also expressed frustration with the emphasis on this question, pointing out that the ordinance includes several measures, including hiring an enforcement officer, that will increase oversight over the industry. "From a public safety perspective, if this passes we're going to be safer than we were without this," he said.

Tracy also suggested that Uber has had undue influence: "We’ve seen the evolution of a new taxi ordinance take place that has been very, very heavily guided by Uber and their lobbyists.... I’ve never seen that happen in the city before."

Noting that Burlington held multiple public meetings and also invited traditional taxi drivers to the table, Weinberger said, "I think it was an open process that all were invited to participate in and many did, so I’m satisfied with the process."

An Uber spokesperson declined to say how the company would react if Tracy's amendment prevails. At a meeting last summer, a company representative said allowing the city to conduct its background checks would be a "nonstarter."

Both Uber and the city use third-party vendors to conduct checks. But Uber's screening policies have periodically come under fire from regulators who've expressed concern over incidents in which Uber drivers with prior convictions have been arrested.