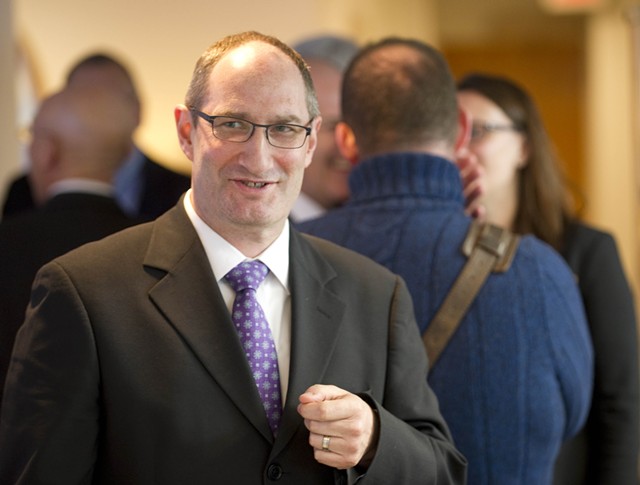 The Shumlin administration has pulled the plug on two multimillion dollar information technology projects that would have upgraded and integrated obsolete systems in the Agency of Human Services.

The administration now intends to break the large projects into smaller components to increase the chances of successful implementation, Secretary of Administration Justin Johnson explained to the Senate Committee on Institutions Tuesday afternoon.

The state has spent several years planning the two big technology upgrades at the Agency of Human Services. One, with a price tag of more than $147 million, would have created an integrated eligibility system for dozens of social service programs. The other, required by federal health care regulators and with a cost estimated at $75 million, would have overhauled the Medicaid management information system. The state had selected vendors for these IT projects. Johnson said that last week the state halted its negotiations on the scope and payments of both projects.

Johnson acknowledged that Vermont has had bad experiences with large information technology projects. The state pulled out of a failed project for the Department of Motor Vehicles demanding money back from the vendor. It has struggled for three years to get its online insurance marketplace to function fully and fired the original contractor. Nationwide, many big information technology projects similar to those Vermont originally envisioned for its human services agency have floundered, Johnson told lawmakers.

“If you do smaller projects, you have a much better chance of success,” he suggested. He predicted the state would find more vendors with more proven products for components of a larger system.

Sen. John Campbell (D-Windsor) worried about how long it might take to build an integrated eligibility system piece by piece. Since technology changes rapidly, he wondered if some parts might become obsolete before the entire system had been created.

Johnson said the state didn’t plan to string out the project for a long period because of the critical need to replace the existing 30-year-old technology.

Senate Institutions Chair Peg Flory (R-Rutland) asked when the administration would share details about its replacement plan for the needed IT systems. Johnson promised to deliver a proposal in a couple of weeks.

The committee also heard briefly from Dan Smith, a consultant the legislature hired to help it evaluate information technology requests and projects. Smith had been putting final touches on a report about the human services projects. Flory suggested he could now stand down, but get ready to evaluate the replacement proposal.

Having looked closely at what the state had planned, Smith said of the cancellation announcement, “I believe that was the right decision.”