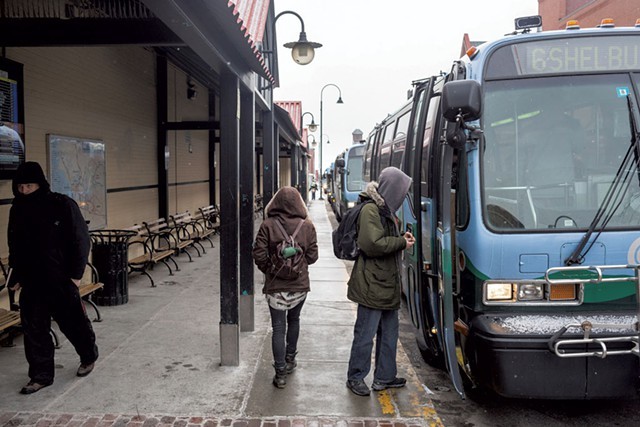 In addition, the agency plans to rebrand itself as Green Mountain Transit.

CCTA said its Automatic Vehicle Location system will feed information about the location of buses and any last-minute schedule changes to users' cell phones. The initiative will be largely paid for by funding from the Vermont Agency of Transportation.

"This highly sought after system has been a high priority for CCTA and its passengers for quite some time," CCTA General Manager Karen Walton said in a prepared statement.

On Tuesday, CCTA's Board of Commissioners decided to seek bids to implement the mobile ticketing system, which will allow riders to purchase tickets and board buses with their phones.

Both initiatives are expected to be in place by the time the agency debuts its new $7.7 million transit center on St. Paul Street in downtown Burlington in the fall.

The rebranding will reflect the agency's existing structure. CCTA has had an alliance with Green Mountain Transit Agency since 2003. The organizations became a single a legal entity in 2011.

CCTA provides about 10,000 rides a day through a sprawling fixed-route network centered in Burlington. It suffered a two week drivers strike in 2014.

GMTA serves Washington, Lamoille, Franklin and Grand Isle counties and a handful of towns in Orange County and the Mad River Valley.