A House Panel Compromises on DCF Budget Request | Off Message 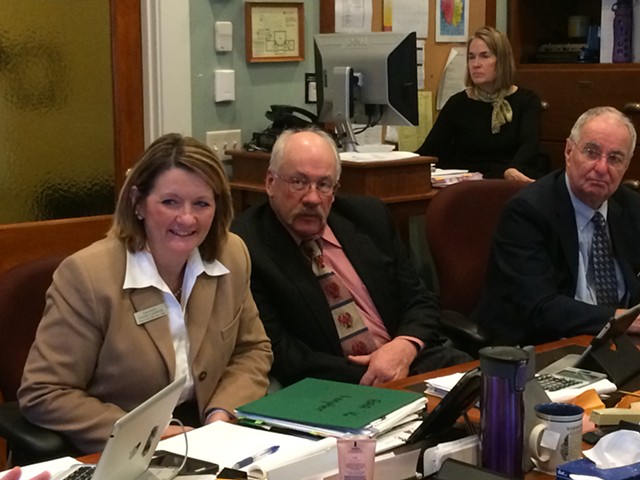 The House Appropriations Committee settled Wednesday on a midyear budget adjustment bill that addresses $85.9 million in spending changes — but the toughest choice for the panel seemed to be how to allocate the final $449,000.

The budget writers were split on whether designate funds to allow the Department for Children and Families to boost its workforce to respond to an increasing caseload. Some on the committee preferred to pay off a portion of the $10.2 million the state owes Medicaid providers — an extra of week of payments inadvertently left out of the current budget.

The Shumlin administration had asked lawmakers to authorize 35 more positions now so that DCF can begin hiring, rather than waiting to ramp up staff in the next budget year. However, when economists advised revising revenue projections downward by $4.7 million, Finance Commissioner Andrew Pallito proposed delaying the staff increase until the new budget year that begins in July.

Rep. Robert Helm (R-Fairhaven) argued against giving DCF any new positions now. Waiting to fund the positions until the next budget year, which begins in July, would delay the hiring process by only about two months, Helm said.

Rep. Chuck Pearce (R-Richford) agreed, saying he had welcomed the administration’s proposed delay. “They made some hard choices that they don’t normally do.”

Rep. Kitty Toll (D-Danville) disagreed. “I would put the money toward the children,” she said. Noting the stresses that DCF has faced — the killing of a social worker and the deaths of two children in state custody — Toll said: "I think they deserve some kind of signal from us. Otherwise we are saying they don’t have any problems we need to address.” 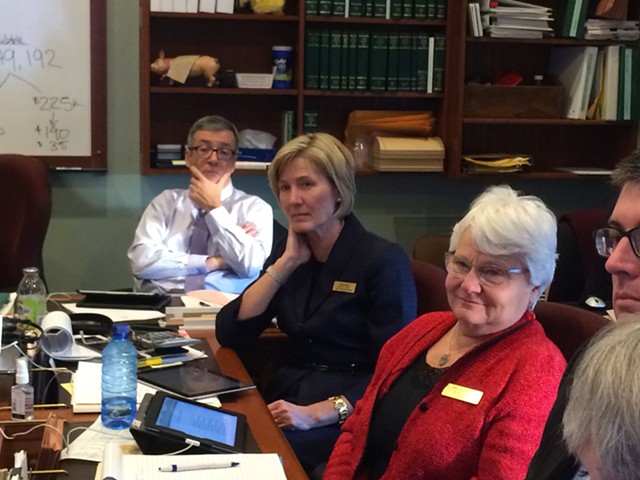 Helm broke the deadlock. He proposed dividing the nearly $500,000 that the committee had available, with $225,000 put toward the week of Medicaid expenses omitted from the budget, $190,000 to DCF — half of what the administration originally requested — and $35,000 to the Department of Health for the needle-exchange program.

In the end, everyone on the panel agreed to the plan.

The bill, headed to the full House for debate next week, addresses the $51.6 million shortfall in Medicaid funding for caseload growth. State dollars will cover $22.9 million of that gap.

Committee chair Mitzi Johnson (D-South Hero) thanked the committee for finding a compromise they could all support. “I know this was a big lift,” she said.