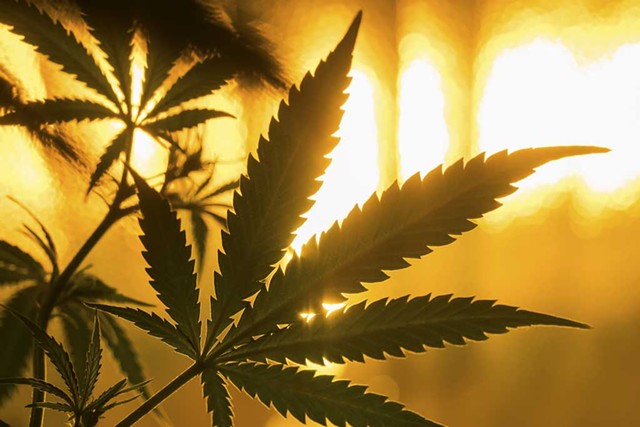 A coalition of groups trying to persuade Vermont to legalize marijuana this year is adding some fire power to its efforts, just as a Senate committee is launching hearings on the subject. The push comes quickly on the heels of Gov. Peter Shumlin's announcement last week that he supports passage of legislation this year, if certain criteria are met.

The Marijuana Policy Project is planning to launch advertisements making the argument that regulation of marijuana will work better than prohibition of the drug, according to Matt Simon, the group’s New England political director. He said, “We want people to see the choice between prohibition that’s not working and a regulatory approach that can work.”

The ads, which for now will appear on the news website VTDigger.org, will target the general public and legislators, Simon said. Former Vermont Attorney General Kim Cheney, a Republican, will appear in the ads, Simon said. He wouldn't say whether the group plans to pay for television ads to reach a broader audience.

Simon plans to unveil the ad at a news conference Tuesday at the Statehouse, along with other indications that marijuana legalization efforts are ramping up.

The Vermont Cannabis Collaborative is joining advocacy efforts with the Vermont Coalition to Regulate Marijuana, of which Simon’s group is also a member, he said.

The collaborative, made up of several successful Vermont entrepreneurs, had formed to weigh in on what a legal marijuana economy should look like. Now, the Collaborative is adding advocacy for legalization to its efforts, said Bill Lofy, a consultant working with the group.

Last week in his State of the State address, Shumlin called for passage of legislation to legalize marijuana, if several conditions can be met. Those include wiping out the black market for for the drug, making sure police have the tools to enforce drugged driving and targeting revenue raised from marijuana taxes at drug-prevention efforts.

House Speaker Shap Smith (D-Morristown) said that while he agrees with Shumlin that marijuana should be legalized if those issues can be addressed, he doesn't think legalization has the votes to pass in the House yet.

The Senate Judiciary Committee plans Statehouse hearings on the topic Tuesday through Thursday this week and announced the details of a series of public hearings to be held around the state next week.

Those hearings will be held: