Sanders Takes to the Air in Nevada | Off Message

Sanders Takes to the Air in Nevada 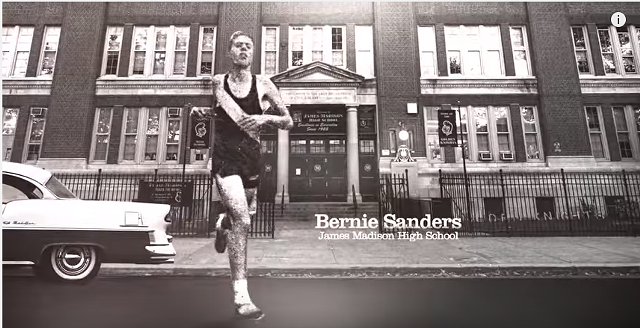 Last month, Bernie Sanders’ presidential campaign manager characterized the New Hampshire primary as "pretty much a must-win" if the independent Vermont senator is to remain a viable candidate for the Democratic nomination. A week later, Jeff Weaver quickly seemed to regret painting the campaign into that corner.  "There is no make or break," he said  in a revised comment to Seven Days.

Now, with the February Iowa caucuses and New Hampshire primary drawing near, Sanders’ campaign is trying to drive home the message that it very much expects to have a robust life after New Hampshire.

Sanders announced Tuesday that his campaign has launched a television ad in Nevada, home to the third-in-the-nation presidential vote February 20. Sanders also plans campaign stops next week in Reno and Las Vegas, the campaign announced.

In a press release, his campaign said, “The new Nevada effort signals that Sanders is building on the foundation he has laid for taking his campaign beyond Iowa and New Hampshire.”

The ad, titled “Real Change,” is the same 60-second introduction to Sanders he aired earlier in Iowa and New Hampshire.

Weaver, in the press release, said airing the ad in Iowa is proof that Sanders has the resources to wage a national campaign: “We look forward to expanding Bernie's campaign on the ground and in the airwaves in many more states in the days and weeks ahead.”