In Burlington, a Bosnian Refugee Agrees to Leave U.S. in Plea Deal | Off Message

In Burlington, a Bosnian Refugee Agrees to Leave U.S. in Plea Deal 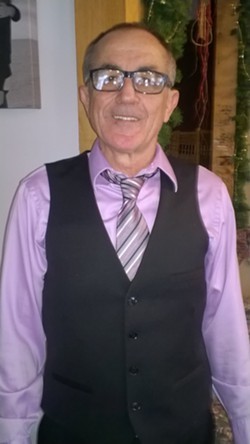 A Bosnian refugee accused of war crimes agreed Wednesday to forfeit his citizenship in a plea deal.

Edin Sakoc's conviction for lying to immigration officials was overturned by a judge in July. In documents filed in U.S. District Court, the former Burlington resident agreed to leave America and never return in exchange for having charges against him dropped.

The "denaturalization" process is expected to take several months. Sakoc has a wife and young daughter who could remain in the U.S.

Sakoc was accused of kidnapping and raping one woman and assisting a soldier who murdered two other women during the Bosnian War in 1992. Sakoc, a Muslim, was in a military unit that battled ethnic Serbs. The women he is accused of targeting were Serbs. He denied the rape, and said he participated in legitimate wartime actions.


Prosecutors say that Sakoc concealed those actions in applications to enter the U.S. and eventually become a citizen. A jury convicted him in a January trial. The conviction carried a possible 10-year prison sentence and deportation.

But in July, Judge William Sessions III threw out the conviction, saying that prosecutors had erred by introducing new allegations in their closing arguments. A new trial was tentatively scheduled for next year.

Sakoc settled in Vermont in 2001. He has been living with friends in Essex awaiting a new trial.

Sakoc's public defender, David McColgin, declined to comment on the deal. Prosecutors could not immediately be reached for comment.