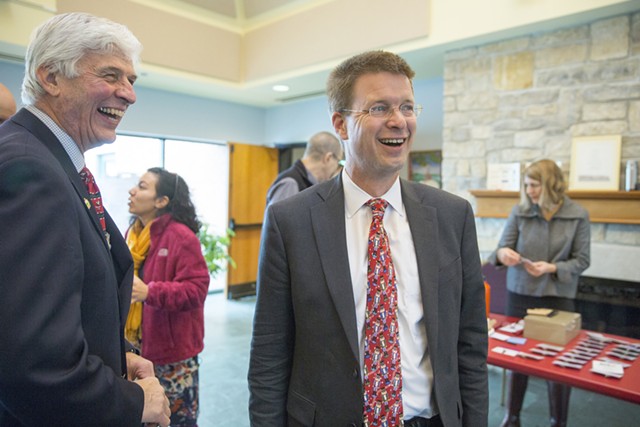 The Vermont legislature will return to Montpelier next month, but its most famous facial hair will not. Seven Days can confirm: House Speaker Shap Smith (D-Morristown) has shaved his goatee.

"I just decided, I'm turning 50 on Wednesday and I said, 'You know what? I've had the goatee basically for 17 years,'" Smith said. "I just decided I was going to go with a little something new."

According to Wikipedia, the goatee dates back to Ancient Greece, and according to pogonologist Allan Peterkin, it's been out of style since the mid-1990s.

Without it, Smith claimed, "I look 10 years younger." He quickly backpedaled: "Maybe four." 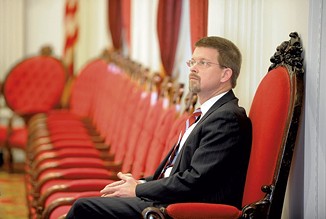 Like Gov. Peter Shumlin's distinctive — and distinguished — schnoz, the Smith goatee made frequent appearances in Seven Days cartoonist Timothy Newcomb's work. It also appeared, albeit briefly, as an issue in the 2016 gubernatorial campaign, when Republican radio host and commentator Mike Smith (no relation) wrote in his weekly political column that the speaker needed "to lose the goatee."

He argued at the time, "It makes him look sinister on television."

Speaker Smith joked that he'd waited until he dropped out of the gubernatorial race last month to pull out the razor, lest anyone get the idea that he'd caved to his fellow Smith's critique. "I didn't want to actually bend to that pressure," he said. "So I waited until things were done."

"Why's he doing it now?! He's not running for governor!" Mike Smith exclaimed upon learning the news this week. "Well, I'm glad he reads my columns, for Chrissake."

The radio host added, "He looked like the guy who would tie somebody up on the railroad tracks."

Though Smith's goatee is no more, Seven Days can confirm that Attorney General Bill Sorrell was recently spotted sporting novel facial hair of his own (see right). The newspaper could not immediately identify whether the style in question has a name.

General Sorrell reached out to Seven Days Wednesday afternoon to identify the nomenclature of his facial hair, which, like Smith’s, is no more. Here is his note, presented without commentary. Because commentary simply isn't necessary:

I am told you commented in print on my recent state of hirsuteness. I called it a “circumstache” – and told some (with no small amount of exaggeration) it is quite the hip look in Brooklyn and some foreign countries. Alas, late Thanksgiving afternoon in Charleston, S.C., my daughter opined it was unbearably ugly and adamantly refused to leave the hotel with me and her brother for the restaurant for dinner unless I immediately shaved.

I did so – and her perspective had much merit.

Since then, I have been clean shaven.