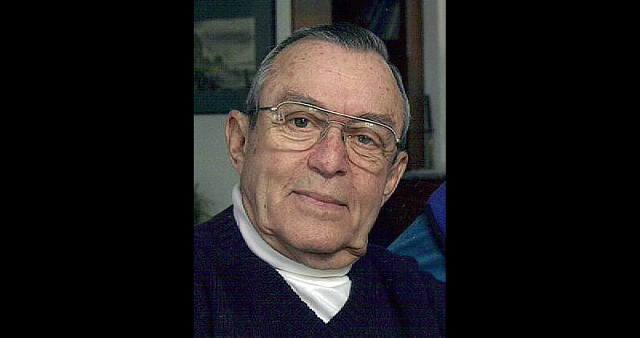 For more than a decade, Dick Walters of Shelburne led the fight for the right of terminally ill Vermonters to hasten their own deaths. Friday afternoon, Walters used the law he so strongly supported to end his own life, said Adam Necrason, a lobbyist who worked with Walters to pass the law.

Walters, 90, wasn’t ill when he started the campaign that led to Vermont’s 2013 Patient Choice and Control at the End of Life Act. Walters said repeatedly over the years that he didn’t know whether he would ever need the law himself, but he knew he would want the option.

Walters, who lived at Wake Robin retirement community with his wife, Ginny, was diagnosed with lung cancer in 2014. His health declined rapidly during the past two months, Necrason said.

“Dick was grateful to be able to direct his own end of life under Act 39,” said Necrason, whose firm, Necrason Group, formerly Sirotkin & Necrason, has represented the advocacy group Patient Choices Vermont for more than a decade.

Necrason said Walters’ family told him Friday afternoon that his death was “peaceful, relatively quick and with some cheer.”
Linda Waite-Simpson, state director of Compassion & Choices Vermont, an organization that works with patients interested in using the law, called Walters a “giant of a leader in this movement.” Waite-Simpson said Walters calmly but persistently pursued passage of the law.

Waite-Simpson said she spoke with Walters on Tuesday and told him she considered him a second father. She said he was taken by surprise at how rapidly his health declined. “He was talking about how important it was for him to set a date. He could clearly change his mind if he needed to, but it was important to him,” she said.

In a January interview, after the first Vermont patients used the law to end their lives, Walters told Seven Days: "There's tremendous peace of mind knowing that you're in control."

Walters was born in Brooklyn, graduated from Yale University and served in the U.S. Navy, then had a career in retail merchandising. Walters and his wife, who was also active in lobbying for the law, have two daughters, Betsy Walkerman and Nancy Hawley.

As president of Patient Choices Vermont, Walters stood next to Gov. Peter Shumlin as he signed the controversial bill into law, making Vermont the third state to allow terminally ill patients to legally seek a lethal dose of medication. Patients must be Vermont residents diagnosed with six months to live, get a second opinion and go through a waiting period.

A Johnson woman was the first known patient to use the law to hasten her death in October 2014. According to the state Department of Health, doctors have reported writing 15 prescriptions since the law took effect in May 2013. The state keeps no record of how many patients use the medication. Waite-Simpson said knows of eight patients who have.