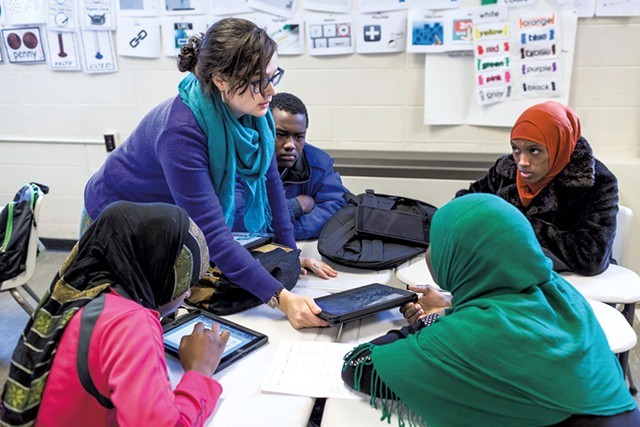 For months, the fate of the Partnership for Change — a multimillion-dollar initiative to spur innovation at the Burlington and Winooski school districts — was up in the air. Concerned by tumult and leadership turnover in the Burlington district, the Nellie Mae Foundation hadn’t decided whether it would continue to fund the project.

This week, the Partnership for Change announced that Nellie Mae is giving them another year of funding amounting to nearly $690,000. That's a partial victory. The project directors had hoped to receive $1.5 million over three years.

According to project manager Lindsey Cox, Nellie Mae might still give them the full amount — if the partnership can meet certain benchmarks during the current school year. Cox said they're meeting with foundation staff to discuss what the benchmarks will be. Even so, Cox described the decision as “a show of confidence” in the initiative, which so far has promoted different teaching techniques; outreach to the community; and projects like the iLab, which allows Winooski students to pursue independent projects.

The Partnership for Change launched in 2012 with an initial $3.75 million grant that the two school districts won together.