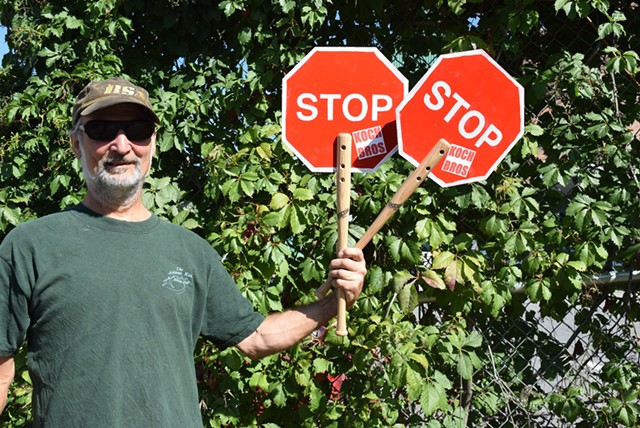 "There are 50,000 school crossing guards in the country, mostly retirees, single moms and disabled folks — few if any [are] millionaires," Norman said, tapping into Sanders' man-of-the-people message.

The longtime lefty activist moved to Burlington in 1983 and has known Sanders since. Norman plans to take the first step toward spreading the word at roughly 4 p.m. Monday during the launch party for the new advocacy group Rights & Democracy in Burlington's Battery Park.

He should be easy to spot: He'll be wearing a bright orange vest and holding a stop sign.

Norman hopes to rally fellow crossing guards, or even just crossing-guard supporters, to don the vests, pick up the stop signs and board a bus for New Hampshire to canvass for Sanders.