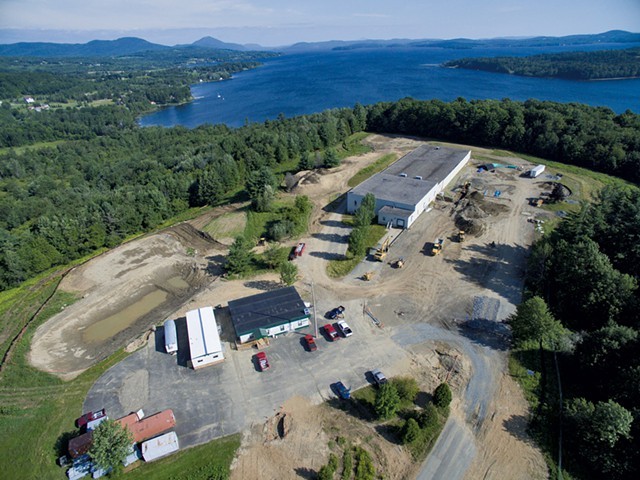 A federal immigration program used by Jay Peak Resort and Vermont developers to court foreign investment is uniquely vulnerable to fraud, according to a new Government Accountability Office report. And while the federal agency in charge of the program has stepped up enforcement in recent years, the GAO found it still "faces significant challenges in its efforts to detect and mitigate fraud risks."

The report, released Wednesday, documents for the first time the breadth of investigations into development projects funded through the EB-5 immigrant investor visa program. The program grants permanent residency to foreigners who create at least 10 jobs by investing $500,000 in qualified businesses.

As of May 2015, the Securities and Exchange Commission and other federal law enforcement agencies had 59 open investigations relating to EB-5 projects, 35 of which "primarily involved securities fraud issues," according to the report. The SEC received more than 100 "tips, complaints and referrals related to possible securities fraud violations" between January 2013 and January 2015.

The report does not identify the targets of those investigations. But as Seven Days reported last week, the SEC has been reviewing Vermont's $750 million Northeast Kingdom Economic Development Initiative, which is supported by EB-5 investment, for at least 15 months. The federal agency has subpoenaed records from the project's developers and the state of Vermont, according to multiple sources. Developer Bill Stenger, the president of Jay Peak, told the paper he and two partners were interviewed by SEC officials in Miami in May 2014.

Stenger said Thursday that he welcomed the GAO's report — and the news that the SEC's reviews were widespread.

"I do appreciate the fact that they're looking into a broad range of projects around the country," he said. "That just tells you the federal authorities are doing what they're supposed to — and that's revealing stuff."

In its report, the GAO raises concerns about the U.S. Citizenship and Immigration Services' ability to keep up with "constantly evolving" schemes to defraud investors. It says USCIS does not have sufficient plans to conduct future risk assessments and remains overly reliant on paper-based record-keeping, which limits its ability to detect fraud trends. The GAO also questions USCIS' methodology for tracking the number of jobs created through the program.

The report comes at a critical juncture for the EB-5 program. It is set to expire at the end of September, unless Congress takes action to reauthorize it.

Such an expiration could have serious ramifications for Vermont, which has reaped hundreds of millions of dollars in EB-5 investment in the past decade. Currently, six Vermont businesses are attempting to raise money through the program: Mount Snow, SouthFace Village at Okemo, Stowe Aviation, Trapp Family Lodge, Q Burke Mountain Resort and AnC Bio Vermont. The latter two businesses are part of Stenger's Northeast Kingdom Economic Development Initiative.

Stenger said last month that he expects to raise enough money to complete the Q Burke and AnC Bio projects by the end of September. But the program's expiration could threaten other projects in the pipeline, such as the redevelopment of the Renaissance Block in downtown Newport and Jay Peak's stalled West Bowl ski terrain expansion project.

"It would preclude us from using EB-5 money to finish those projects," he said.

Sen. Patrick Leahy (D-Vt.), a longtime champion of the program, has introduced legislation to reauthorize it for another five years. His bill, which is cosponsored by Senate Judiciary Committee Chair Chuck Grassley (R-Iowa), would provide the Department of Homeland Security more authority to crack down on fraud and protect national security, according to a spokesman. It would also redirect the program to focus more on rural projects.

Leahy was among seven members of Congress to request the GAO review. In a statement issued after its release Wednesday, he said the report "further confirms" that reforms to the EB-5 program "are necessary."

"I am working with Sen. Grassley to make these improvements," he said. "With the [program's] authorization set to lapse at the end of September, I hope that other members of Congress will join us to strengthen and reauthorize this program. I believe its proven ability to create jobs in areas that often struggle to obtain investment makes this program worth fixing.”