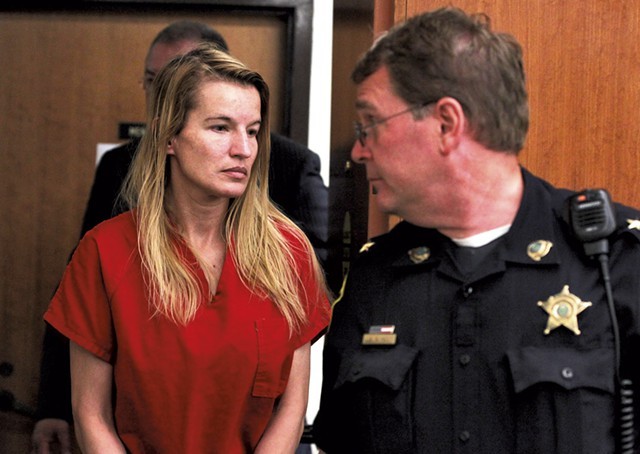 The former boyfriend of the woman charged with murdering a Department for Children and Families worker engaged in an armed standoff with police on Wednesday.

Around 1:20 p.m., a person related to Henry Premont, 51, reported Premont was in a vehicle outside a home in Williamstown with a gun, Vermont State Police said. While police responded, Premont fled.

A few minutes later, state police found his car outside Rickie's Indian Restaurant and Gas Station, a convenience store at the intersection of routes 14 and 63 in Barre. In the parking lot, Premont drew a handgun from his shirt and "appeared agitated," police said.

Troopers drew their weapons and contained Premont while moving civilians to safety, police said. Authorities blocked off roads in the area.

After speaking with a crisis negotiator on the phone, Premont surrendered and handed over a semiautomatic .380-caliber handgun, police said. The standoff had lasted two hours, WCAX-TV reported. The criminal investigation is ongoing, police said.

It was not clear if the incident had any connection to events surrounding Herring.

On Monday, she pleaded not guilty to a charge of first-degree murder for allegedly shooting DCF worker Lara Sobel in downtown Barre on Friday. Herring, who had lost custody of her 9-year-old daughter in a DCF action, is also a suspect in the shooting deaths of three of her relatives. Their bodies were found in a home in Berlin on Saturday morning, hours after police arrested Herring for Sobel's death.