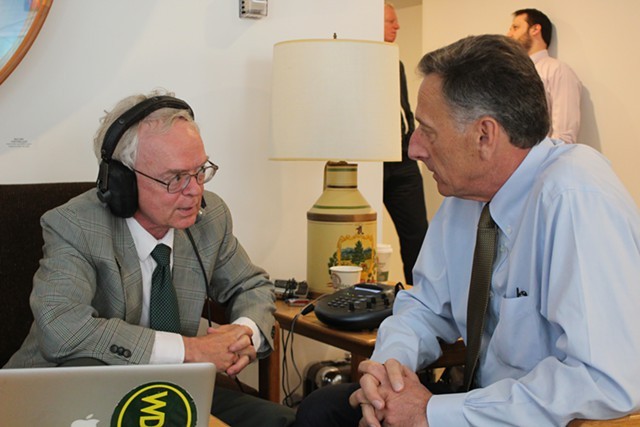 After a quarter-century behind the microphone, WDEV radio host Mark Johnson plans to sign off later this month to join the staff of VTDigger.org.

Johnson announced the news Monday morning on his eponymous morning talk show, which has aired on WDEV for 16 years. Before that, the two-hour show was broadcast for nine years on Burlington's WKDR.

"Everything has a life span, and I just feel after 25 years of having a really great radio show, it's been a great run and it's time to do something different," Johnson said later Monday.

According to VTDigger founder and editor Anne Galloway, Johnson will serve as senior reporter and editor. He starts October 1.

"We're very excited to have him come on board," she said.

Johnson joined the board of VTDigger's nonprofit parent organization, the Vermont Journalism Trust, in January. According to Galloway, she and Johnson have been talking about joining forces for some time. Galloway praised her new hire's "ability to ask open-ended questions" that elicit deep responses, his "compassionate approach" and his "perspective on the state."

"Mark and I have a lot of the same things in common in terms of the kind of journalism we're interested in," she said.

A former print reporter for the Eagle Times of Claremont, N.H., and the Burlington Free Press, Johnson said he was particularly excited to return to writing.