Vermont Could Get $720 Million for Lake Champlain Power Lines 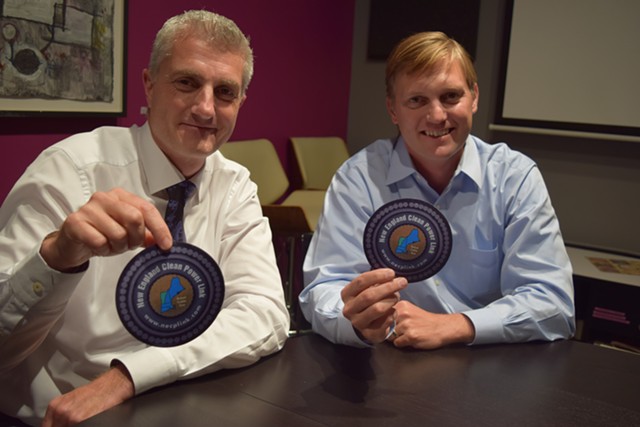 If a new project to put electric transmission lines under Lake Champlain is completed, Vermont stands to receive a boatload of money for playing host.

In an agreement announced Tuesday, TDI New England would pay more than $720 million to the state over 40 years. Some of that money would help clean up the very lake that would serve as the conduit. Another sizable chunk would pay for renewable-energy generation in Vermont. Vermont electric customers would also get a piece.

“It’s a lot of money,” said Chris Recchia, commissioner of the Vermont Public Service Department. “This is probably the biggest energy project in Vermont since Vermont Yankee.”

TDI President Donald Jessome said in an interview last month that the company has increased its proposed contributions significantly since negotiations with the state and other entities began. “We’re being tested pretty strongly,” he said.

TDI's proposed New England Clean Power Link is a $1.2 billion, 154-mile underwater and underground transmission line that would  deliver power from Hydro-Québec in Canada to New England. The Vermont Public Service Board is expected to decide whether to grant the project a certificate of public good this fall.

It’s a high-stakes business model that might also never happen.

If a proposed Northern Pass project to send Hydro-Québec power through New Hampshire wins approval first, Recchia said, Hydro-Québec might back out as a supplier of the New England Power Link project. “Hydro-Québec needs to figure out who they want to sell to,” he said. “They have the capacity to do more than one but not both.”

Kerrick Johnson, vice president of the Vermont Electric Power Co., said, however, that there is increasing demand for renewable energy in New England. As states increase their renewable requirements, the race is on, he said, for companies to meet that demand. TDI reached an earlier agreement with VELCO to provide the equivalent of a 10 percent reduction to Vermont customers on electric transmission costs.

If the project goes through, Recchia said, he feels comfortable that Vermont has ensured minimal disruption to the lake while also bringing benefits both to the lake and Vermonters. An earlier agreement between TDI and the Conservation Law Foundation requires all of the power sent through the lines to be renewable power. CLF has endorsed the project.

Chris Kilian, Vermont director of CLF, an environmental organization that advocates for a cleaner lake, said he’s been talking to TDI for several years about the project and is confident that it would have minimal impact on the lake. He called TDI’s financial contribution to lake cleanup “definitely major.”

The agreement, which is pending approval of the state Public Service Board, was the result of nearly a year of negotiations with various state agencies.