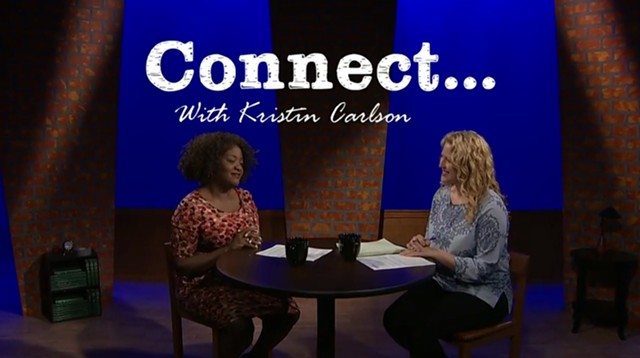 Vermont PBS has faced blowback since it announced last week that Carlson, a former WCAX-TV reporter and anchor, would lead the half-hour program, called "Connect ... with Kristin Carlson." Critics questioned whether it was appropriate for a corporate spokesperson to fulfill a journalistic role at the publicly funded station.

After hearing from viewers, staff members and board members, Groschner said, she and Carlson discussed the matter Thursday morning and decided to part ways. Both characterized the decision as mutual.

"We agreed that probably the best approach is to look at other opportunities of how to accomplish our mission of connecting Vermonters with Vermont stories," Groschner said.

The station chief had previously defended Carlson’s hiring, telling Seven Days she was “not worried” about the criticism because, “Kristin is the consummate professional, and we are not putting her, or ourselves, in a compromised position.” She told VTDigger.org, “It’s a shame that people are making an issue out of this.”

Others felt differently. A diverse array of Vermonters — including WDEV radio host Mark Johnson, liberal blogger John Walters, Vermonters for a Clean Environment executive director Annette Smith and even former governor Howard Dean — questioned the arrangement. Some wondered whether the views of Green Mountain Power opponents would be squelched, while others saw the show as a giveaway to the company because it bolstered the reputation of its spokesperson.

On Thursday, Groschner said that while viewer response to Carlson’s appointment was overwhelmingly positive, the debate over her dual roles had become a distraction.

Carlson decided she did not want to distract from the program, nor damage Vermont PBS’ reputation, she said, and wished the program well.

"I'm proud of the show that I did, and I'm proud of what PBS does and their mission, and I really was excited to work on this show and to have it be something that's different from everything else that's out there," she said. "I think it was a good outcome in the end."

According to Groschner, the station is still trying to determine whether to replace Carlson with a single host or a rotating cast of hosts. Some may hail from the news media, but others may not, she said.

“Who knows? Maybe we’ll find some farmers who want to be a host,” she said.