Bosnian Refugee Convicted of Falsehoods to Get New Trial | Off Message

Bosnian Refugee Convicted of Falsehoods to Get New Trial 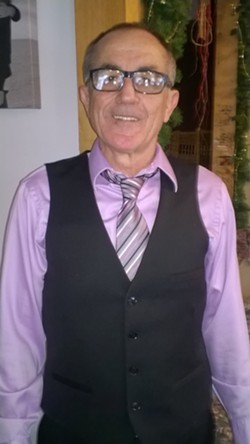 A federal judge has granted a new trial to a Bosnian refugee convicted in January of lying to immigration officials about wartime crimes he allegedly committed in his home country.

"The government's new theories in closing were not included in the indictment and therefore broadened the possible bases for conviction," Sessions wrote in a 27-page ruling, later adding: "The court is convinced that the error seriously affected the fairness, integrity and public reputation of the judicial proceedings."

Sakoc had been accused of kidnapping and raping one woman and assisting a soldier who murdered two other women during the Bosnian War in 1992. Sakoc was in a military unit that battled ethnic Serbs. Sakoc is a Muslim, and the women he is accused of targeting were Serbs. He denied the rape, and said he participated in legitimate wartime actions.

His trial in U.S. District Court in Burlington focused almost exclusively on testimony in which prosecutors tried to show that Sakoc had committed those acts, then concealed them in applications to enter the U.S. and eventually become a citizen.

But in his closing argument, prosecutor Jay Bauer argued "almost as an afterthought," Sessions wrote, that Sakoc had failed to tell immigration officers that he had been part of a local militia and a controversial political organization.

"The indictment refers to a specific date and a specific category of violent crimes against a specific set of women," Sessions said. "There are no other factual bases for alleging that the [immigration] statements were false. Mr. Sakoc had no notice that the government would seek to prove he lied about his military duties and political membership."

Prosecutors had pledged to seek Sakoc's deportation after his conviction, which also can carry a 10-year prison sentence. Sakoc, who is married and has a 7-year-old daughter, had settled in Vermont in 2001. Sakoc has been living with friends in Essex since the trial, awaiting sentencing.

Attorneys could not immediately be reached for comment on Thursday.

The new trial has not been scheduled, but it could prove a headache for prosecutors if they go forward. Attorneys flew to Bosnia, and, with the help of interpreters, filmed the testimony and cross-examination of several witnesses there. Much of the trial consisted of jurors watching video recordings of that testimony. Several Bosnians were flown to the United States to testify in person.

It is unusual for a judge to throw out a jury conviction. In their decision, jurors did not find Sakoc guilty of lying about whether he had "committed any crime," or "persecuted any person" despite extensive testimony about the alleged rape and murders.

Rather, they said he was guilty simply of giving "false or misleading information" to immigration officials. On a written form given to the jury, Sessions asked what the basis for the false statements was. Jurors left the answer blank.