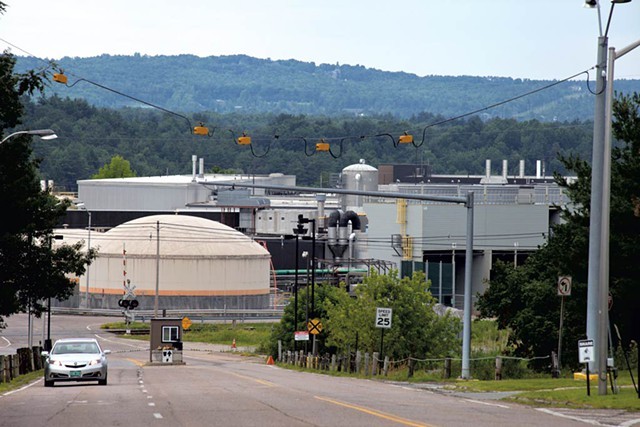 "The transaction is expected to close in the near future," GlobalFoundries wrote in a brief press release posted to its website.

The two companies announced last October that IBM would pay GlobalFoundries $1.5 billion to take its money-losing chip unit — including its Essex, Vt., plant — off its hands. Because GlobalFoundries is owned by the Emirate of Abu Dhabi, it first needed to obtain clearance from the Committee on Foreign Investment in the United States, an inter-agency panel charged with protecting national security in major commercial transactions.

"With the conclusion of the CFIUS review, the companies have completed the regulatory process in the United States," GlobalFoundries said in Monday's statement. "All necessary regulatory approvals outside the United States were previously received."

Precisely when the deal will close remains unclear. Neither company responded to requests for comment last week. The Poughkeepsie Journal, which first reported news of the federal approval Monday, wrote earlier this month that it was expected to close July 1.

Vermont officials said last week that they remain in the dark about the timing of the sale.

"I don't have anything official other than what I've read," Secretary of Commerce Pat Moulton said last Wednesday.

Moulton stressed that everything she has heard about the pending transaction has been positive. IBM employs roughly 4,000 people at the the Essex plant, several hundred of whom are expected to continue working for Big Blue even after the sale. The rest are expected to find a new home at GlobalFoundries.

GlobalFoundries spokesman Travis Bullard said last October that the company had "no plans to reduce the workforce at this time."