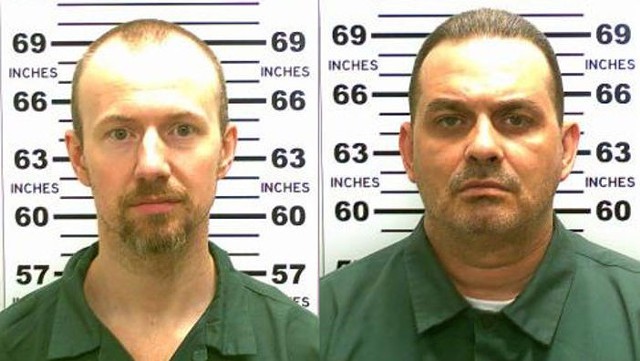 A state trooper shot Sweat, 35, around 3 p.m., the New York Times reported. The incident occurred in Constable, N.Y., 40 miles northwest of Dannemora, WCAX and other outlets said. Sweat's condition was not immediately clear.

The news comes two days after authorities shot and killed Sweat's fellow escapee, Richard Matt, in Malone, N.Y. Authorities on Sunday released the autopsy findings on Matt, which revealed he was shot three times in the head. His body also showed bug bites and blisters.

The Buffalo News reported that Matt was likely drunk and suffering from an illness at the time of his death.

The convicted killers were discovered missing from the Clinton Correctional Facility on June 6, triggering a manhunt that captured international attention and attracted swarms of reporters to the sleepy region.