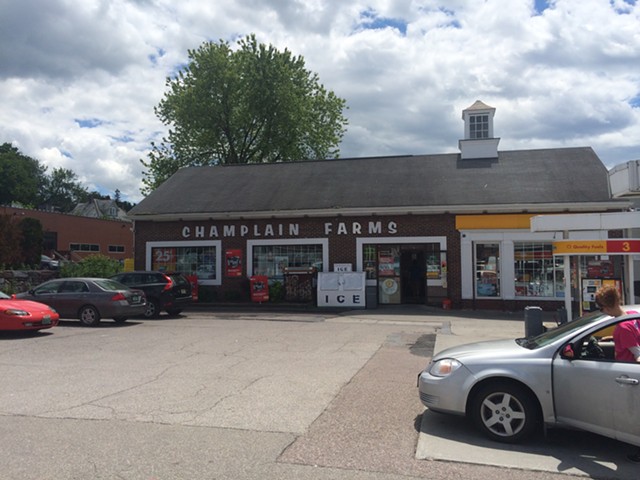 For years, public officials have raised questions about high gas prices in northwestern Vermont. Sen. Bernie Sanders (I-Vt.), state Attorney General Bill Sorrell and plenty of others have organized hearings, held press conferences and even requested a federal investigation into the matter. Nothing much has come of their efforts.

In a complaint filed Monday afternoon in Chittenden Superior Court, the plaintiffs describe the defendants' wholesale and retail profits as "extraordinarily out of line." At times, according to the filing, those profits have been twice the national average and the second highest of 450 gas markets in the United States.

The suit, which alleges a violation of the Vermont Consumer Protection Act, is being brought on behalf of people who purchased gas at stations owned or supplied by those four companies in Chittenden, Franklin and Grand Isle counties from 2005 until the present day. The plaintiffs claim that the defendants control more than 60 percent of suppliers and retail stations in those counties, and they suggest that the companies "may have pilfered over $100 million" from customers during this time period.

The filing alleges that the four companies' gas prices "have increased, decreased or held steady in nearly identical fashion" and that they've gone up even when prices were declining.

The defendants are also accused of suppressing competition by buying gas stations, shutting them down and reselling the properties with deed restrictions that prevent them from selling fuel. Referring to efforts led by Vallee to quash new gas stations at Walmart in St. Albans and Costco in Colchester, the complaint states, "The defendants have cynically misused, sometimes in concert, Vermont environmental laws to obstruct the entry of low-cost gasoline providers and to extract unreasonable covenants that prevent or limit competition."

The lawsuit alleges that the companies' officials have consistently lied while testifying in front of public officials. "At each of the hearings the defendants’ answers cycled between pretextual, nonresponsive, incomplete and false. A representative of defendant R.L. Vallee, Inc. seemingly attributed the higher prices, in part, to their use of fresh flowers in their bathrooms—a contention mocked by a Vermont state representative at a subsequent hearing."

The suit alleges that the four companies have temporarily lowered prices ahead of such hearings "to deceive lawmakers and citizens, and to evade detection of their broader price-fixing scheme."

The suit was brought by Bailey & Glasser lawyers from Washington, D.C., Boston and Chicago, and Joshua Simonds of the Burlington Law Practice.

Reached by email, Vallee, who had not been aware of the lawsuit, told Seven Days he had no comment on the "alleged litigation." Presidents at the other three companies could not immediately be reached.

Joe Choquette, a lobbyist for the Vermont Petroleum Association, said he couldn't speak on behalf of an individual company, but in an emailed statement, he suggested that the lawsuit was unfounded.

"There is no new information in the materials that have been filed by the two law firms," he wrote. "With the same information, both the Federal Trade Commission and the Vermont Attorney General’s Office have declined to take any action in the past. We believe that motor fuel marketing in Vermont is highly competitive, and we have appeared many times before legislative bodies and in the media to explain the marketing and pricing of gasoline. This is a transparent industry that posts its prices on 12-foot signs at the street level for all to see."

Clarification: This story was updated at 5:30 p.m. on 6/22/2015 to make it clear that it's the plaintiffs who claim that the defendants control more than 60 percent of the local gas market.