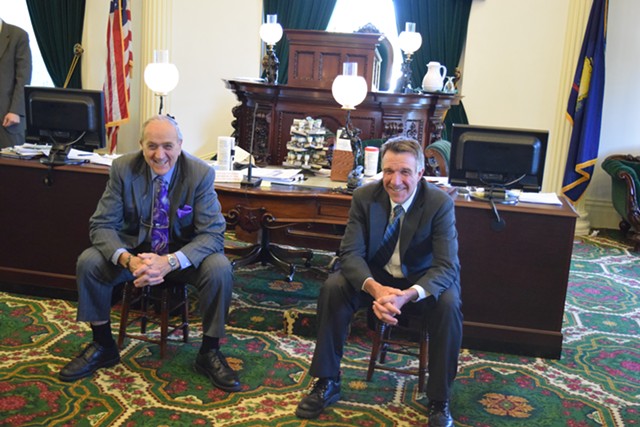 Lt. Gov. Phil Scott said Thursday on Vermont Public Radio’s “Vermont Edition” what everybody in Vermont figures must be the case: He's thinking about running for governor in 2016.

“I’m certainly considering it,” Scott said, adding, “I know I have to make a decision by the end of the year.”

The state’s highest-ranking Republican has been lieutenant governor for four and a half years. He was a state senator for 10 years before that. He’s widely seen as the Vermont Republican Party’s strongest hope for challenging whoever runs for governor next year as a Democrat.

Scott, 56, of Berlin, said his decision will not depend on whether three-term incumbent Democrat Peter Shumlin runs for reelection. “This is a decision I’ll have to make regardless of Gov. Shumlin’s decision,” he said.