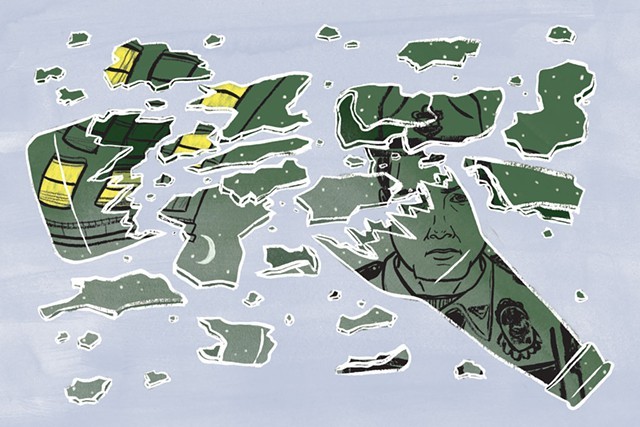 Seven Days recently traversed Burlington’s student-heavy neighborhoods with Detective Richard Volp looking for loud revelers and people urinating in public. The quality-of-life patrol was part of an initiative started several years ago to address noise problems and other nuisances associated with students.

With funding from UVM that started in 2012, the Burlington police stepped up enforcement in certain neighborhoods. The city council got an update on the effort at its meeting on Monday.

Alcohol violations were up — which police attribute to their increased presence during party hours. They issued 199 violations in 2012-2013 and 304 violations in 2013-2014. And they’re on pace to give out even more this year.

Overall, the number of incidents documented by the BPD in these neighborhoods, which can include noise complaints, disorderly conduct and intoxication, were down. They responded to 1,186 in 2012-2013 and 1,029 the following year.

Starting last summer, police officers have also worked with the city’s code enforcement office to identify and pay particular attention to 12 properties that received the highest number of complaints over a two-year period. Since then, complaints regarding those houses have declined 73 percent.