Court Will Not Issue Injunction to Block GMO Law | Off Message

Court Will Not Issue Injunction to Block GMO Law 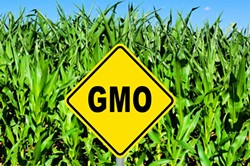 Updated on 4/28/2015 to include remarks from the Grocery Manufacturers Association.

Vermont won a partial victory Monday in defending a new law that would require labeling of genetically modified foods.

U.S. District Court Judge Christina Reiss denied the Grocery Manufacturers Association’s motion for a preliminary injunction that would have blocked the law’s enforcement. It is slated to go into effect in July 2016.

Her ruling also dismissed parts of the case challenging the law, but allows other portions to proceed — setting it on course for a trial.

“Today was a big step in moving this case forward,” said Attorney General Bill Sorrell. “There’s much to be happy about for those who think our foods containing genetic engineering should be labeled."

Key to the state’s case, Sorrell said, was Reiss’ finding that food labeling is within the state’s interests. “The safety of food products, the protection of the environment, and the accommodation of religious beliefs and practices are all quintessential governmental interests," she wrote, as is the intention to "promote informed consumer decision-making."
Roger Lowe, executive vice president of the Grocery Manufacturers Association issued a statement. “While we are pleased that the District Court found us likely to succeed on several of our claims, we are nevertheless disappointed by the court’s ultimate decision to deny our motion for preliminary injunction ... on grounds that the manufacturers had not yet shown a sufficient degree of harm," he said. "We are reviewing this decision and considering our legal options." Lowe warned the law would "set the nation on a path toward a 50-state patchwork of GMO labeling policies that will be costly and confusing for consumers.”

Legislators passed the food-labeling law last year, setting the stage for Vermont to become the first state to require foods made with genetically modified ingredients to be labeled as such. The Grocery Manufacturers Association and other food giants quickly filed suit in federal court.

Jared Carter, who filed a brief supporting the state through the Vermont Community Law Center, called the decision “overall very positive. Our biggest fear was she would grant the preliminary injunction.”

Reiss did not take the state’s side on all issues. The law seeks to prohibit the use of the word “natural” on products that contain genetically modified ingredients, but, Reiss said, the state never defined natural. Her ruling says, “The state thus faces an uphill battle in arguing that a GE manufacturer's use of ‘natural’ terminology is actually or inherently misleading because the alleged deception cannot be measured against a statutory, or even a regulatory, definition of the restricted terms.”

Clarification 4/28/15: This post has been updated to reflect the fact that the Community Law Center is not a part of Vermont Law School, as originally reported.