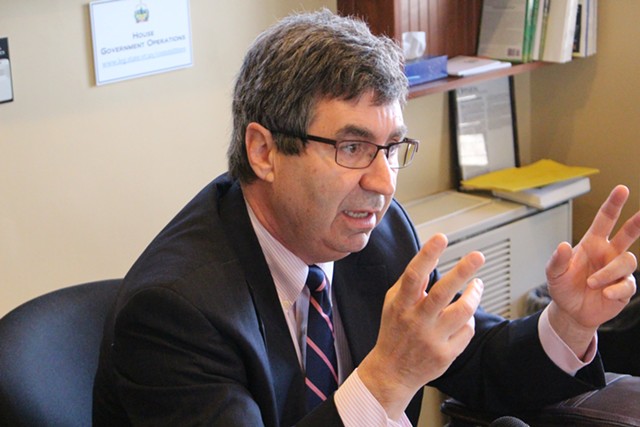 The American Beverage Association spent more than half a million dollars in the first three months of the year beating back a proposal in the Vermont legislature to impose a 2-cents-per-ounce excise tax on sugary drinks.

The trade association, which represents the nation's top soda producers and bottlers, spent far more on lobbying legislators last quarter than any other entity in Vermont, according to filings due to the secretary of state's office on Saturday.

Of the $513,000 the ABA spent in Vermont, more than $378,000 went to advertising aimed at turning public sentiment against the beverage tax, which appears unlikely to pass. The organization spent nearly $42,000 on polling, nearly $23,000 on phone-banking and $16,000 on lobbyist pay. Not included in the half-million-dollar total is another $25,000 that an allied organization, the Beverage Association of Vermont, spent retaining MMR, one of the top lobbying firms in Montpelier.

In total, according to the secretary of state's new, searchable database, 399 companies, nonprofits and trade associations paid 422 people to lobby the legislature during the first three months of the year. Some of those registered lobbyists worked for the 18 lobbying firms based in the state, while others were employed full time by the entities for which they advocated.

Last quarter, those who employ registered lobbyists in the Statehouse reported paying them nearly $3.1 million. They spent another $719,000 on advertising and related activities — and more than $18,000 on gifts, such as free meals and receptions for legislators.

Most of the external expenditures were made by just a few organizations, such as the beverage associations. The Vermont State Dental Society came in second place, spending $71,000 on advertising opposing legislation to license dental practitioners. Everytown for Gun Safety, a gun-control group founded by former New York City Mayor Michael Bloomberg, spent nearly $66,000 on advertising. Another gun-control group, Gun Sense Vermont, spent $9,401 on ads.

Those organizations also hired teams of lobbyists in the Statehouse.

Ranked by how much they compensated Statehouse lobbyists, the biggest spenders last quarter were:

Ranked by how much they were paid to lobby, the top Montpelier firms last quarter were:

Under current law, lobbyists and those who employ them are only required to file disclosure forms three times a year. The next deadline isn't until July 25. It won't be clear until then how much lobbyists made and spent in the final months of the legislative session.

A bill that passed the Senate last month and is pending in the House would require monthly reporting during the legislative session. It would also require those making mass expenditures, such as the beverage associations, to disclose them within 48 hours.