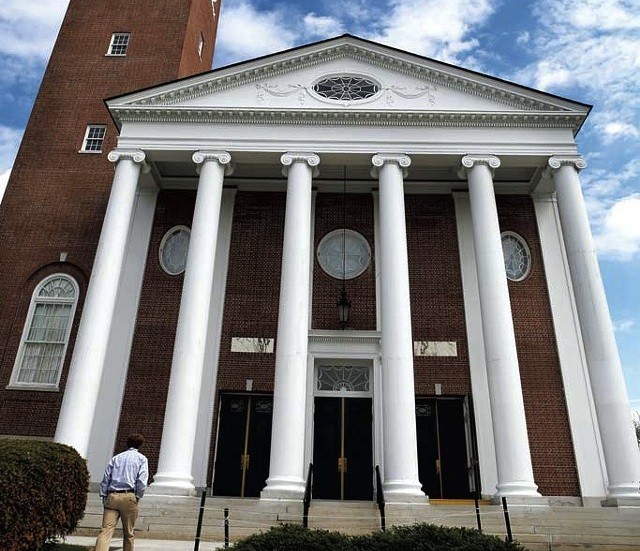 Sarah Kleinman came home to an unpleasant surprise Friday: a letter from the Internal Revenue Service informing her that someone posing as Kleinman had filed a federal income tax return using her Social Security number. Turns out the Burlington resident is one of about three dozen University of Vermont employees whose 2014 taxes were filed fraudulently by scammers seeking to steal tax refunds, according to UVM police.

It's creepy to discover someone has hacked into your annual interactions with the IRS. “I'm sort of in disbelief," said Kleinman, director of the 4H youth development program at UVM. "I feel like it's an invasion of privacy but more so I'm just frustrated because you don’t know what else is out there.”

Tax refund fraud is a national problem. Hackers steal Social Security numbers and file returns hoping to scoop up refund money that doesn't belong to them. Ironically, Kleinman and her husband, who are filing jointly, aren't expecting money back this year. They filed an extension last week and expect to owe money to the IRS. The odds that the person who hacked into the Kleinman's tax filing has paid their bill to Uncle Sam? “Somehow I doubt that,” Kleinman said.

It's unclear why numerous faculty and staff at Vermont's state university have been hit by tax scams, which UVM police reported on the campus police Facebook page April 15.

An investigation over several weeks turned up no evidence of a data breach involving employee Social Security numbers, according to Tom Gustafson, vice president for university relations and administration. "Although it is impossible to be certain, there is no evidence that UVM’s systems were hacked," Gustafson said in an email. "Employees who have heard from the IRS that their tax forms have been compromised are being advised of steps they need to take, which include notifying local police, the Federal Trade Commission, their local bank and credit agencies."

He speculated that the UVM problem might be part of a national epidemic of fraudulently filed returns.

Kleinman isn't sure how scammers obtained her Social Security number.

Some employees were notified by IRS letters of the fakery. Others tried to file electronically and discovered their returns had already been submitted by impostors. "One way or the other they found out that somebody filed their tax return in their name,” said UVM Deputy Police Chief Tim Bilodeau.

UVM is also fending off another tax scam: people who call office lines at the campus and claim to be law enforcement officers collecting back taxes. Under this second tax fraud scheme, UVM employees have been asked to wire "back tax" money or expect law enforcement knocking at their front door.

A spate of calls came in between April 10 and April 15, according to Bilodeau. It's been upsetting to employees. "People feel bad, like violated," Bilodeau said.

His advice: Report suspicious calls to police. Don't give out personal information. Jot down the incoming number, even though it might turn out to be "ghosted" with software that makes it look like the number is legitimate. Don't send money.

Unfortunately, the tax troubles don't end there. Identity theft involving state tax returns is also a significant problem this year. How bad is it? The Vermont Tax Department suspended issuance of personal income tax refunds from February 4 to 12 in response to concern about phony filings. For tips on avoiding scams, or dealing with them when they occur, click here.