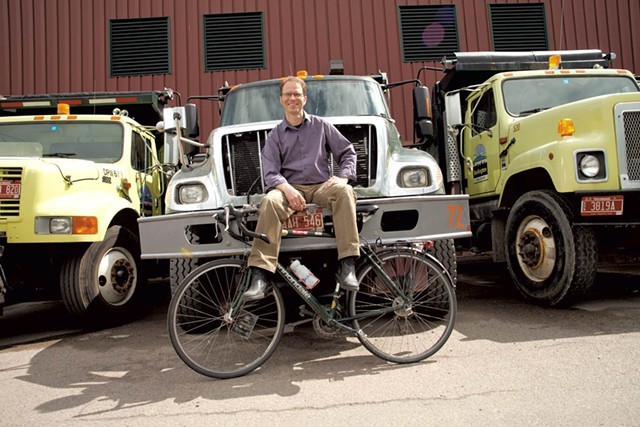 Notice that many Queen City sidewalks seem subpar? They are — and the problem is probably worse than you think. Mayor Miro Weinberger's administration spent a year calculating what it would cost to properly maintain all the sidewalks and other capital needs during the next 10 years.

He presented the price tag to the city council Monday evening: $211 million. More than half of the costs are road and sidewalk repairs. City buildings, vehicles, parks and the bike path make up most of the rest.

During the same 10-year period, the city expects to bring in roughly $150 million in revenue devoted to these projects. In other words, there's a shortfall of more than $60 million.

Weinberger gave the councilors what they jokingly referred to as "the mother of all spreadsheets" — a document outlining costs and revenues on a line-item level.

One of the most eye-popping items: It would take $15 million to fully rehab Memorial Auditorium. The aging brick building would require $2.5 million just to bring it up to safety and accessibility standards. Among the essential upgrades: a new heating and air conditioning system, fire alarms, an elevator and concrete stairs.

The mayor emphasized that this is the city's first-ever long-term capital plan. The underlying principle is basic: Putting off repairs costs more money in the long run.

Despite the daunting shortfall, Weinberger said he's optimistic the city can drum up the required revenue.