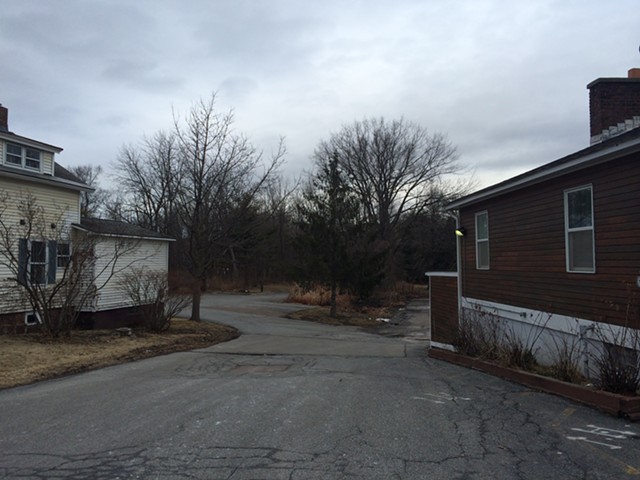 Brothers Ed and Frank von Turkovich are hoping to build 79 apartments across the street from the University of Vermont Medical Center in Burlington.

They haven't applied for a permit yet, but last month they submitted a proposal — referred to as a sketch plan—  to the Development Review Board for preliminary feedback. The DRB will discuss it on April 21.

The von Turkovich brothers are planning to build a three-story building to house people who work nearby — at the hospital or at the university. Apartments would be studios or would have one or two bedrooms, according to Frank von Turkovich. Asked if they are hoping to attract students, he responded, "Definitely not."

The project includes parking both above and below ground level. It would occupy three acres between 80 and 94 Colchester Avenue, currently open space and parking lots.  (The houses lining Colchester Avenue would remain.)

This likely won't come as news to the neighbors — the developers have been discussing the project with nearby residents for several years. "We’ve had extensive conversations with individual neighbors and the neighborhood groups, and we expect those discussions to continue," von Turkovich noted.

At a February 11 neighborhood planning assembly meeting for Wards 1 and 8, several neighbors said they oppose the project. A resident of 25 years worried he would lose his view of the sunset. Susan and Robert Butani, whose Fletcher Place house would abut the new building, expressed concern about the size of the project.

Even so, von Turkovich seems optimistic. Neighbors, he said, "have been very helpful to us in coming up with a plan that we think is going to work for everyone." If all goes well, they plan to break ground in 2016.