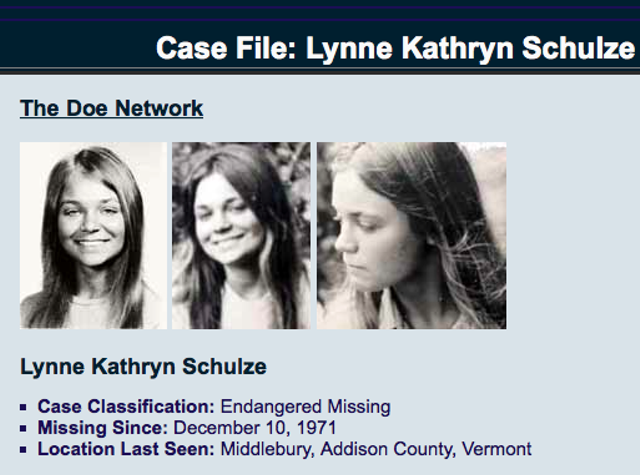 Middlebury police said Monday night there is a connection between a decades-old missing person case and a millionaire who was recently charged with murder after being the subject of a new HBO documentary.

Robert Durst, whose connection to two killings and his wife's disappearance was explored in HBO's "The Jinx: The Life and Deaths of Robert Durst," owned a health food store in Middlebury at the same time that 18-year-old Lynne Schulze, a Middlebury College student, vanished in 1971, Middlebury Police Chief Thomas Hanley said in a prepared statement.

"We are aware of the connection between Robert Durst and the disappearance of Lynne Schulze," Hanley said. "We have been aware of this connection for several years and have been working with various outside agencies as we follow this lead."

Middlebury police did not label Durst a suspect in Schulze's disappearance, and did not release additional details of the connection. Durst, from one of New York City's most prominent real estate families, owned All Good Things health food store in Middlebury.

"This is an ongoing criminal investigation and the Middlebury Police Depart 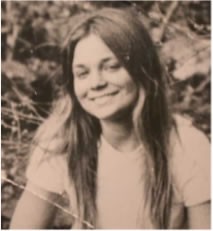 ment is not releasing any other details," Hanley said. "The Lynne Schulze case was reopened in 1992. Although technically labeled 'cold,' the case has been continuously generating leads since the investigation was reopened. We continue to follow up on all leads that we receive in this case."

Durst, 71, appeared in a New Orleans courtroom Monday. Authorities arrested him in a hotel in that city last week after California authorities issued a warrant for his arrest in connection with the 2000 killing of his friend Susan Berman.

Durst also has been tried for killing a man in Texas, and was acquitted of murder. He is also under investigation in his wife's 1982 disappearance.

Durst was arrested the day before the finale of the "The Jinx" aired. In footage shown during the final episode, Durst was heard muttering to himself in a bathroom, after being shown evidence in one of the cases.

"There it is. You're caught! What the hell did I do? Killed them all, of course," he said.