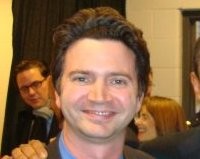 George Twigg will have two fewer flights of stairs to climb when he changes jobs next month.

Twigg, 45, of Underhill, will be leaving Vermont Energy Investment Corp., the entity that runs Efficiency Vermont, to become state director for Rep. Peter Welch (D-Vt.). Both offices happen to be located in the Innovation Center of Vermont, on Lakeside Avenue in Burlington’s South End.

Twigg’s job has been to lobby state and federal policy makers on energy issues for VEIC. That brought him into contact with Welch’s office. Twigg said when he heard Coates was leaving, he jumped at the chance to apply for the job.

Twigg’s background includes a fair bit of politics. He spent 10 years working for the Wisconsin state legislature and the Madison, Wis., mayor. He was that state’s director for John Kerry’s presidential campaign.

Welch has yet to name a replacement for deputy state director Jon Copans, who recently left to work at the Vermont Agency of Natural Resources.