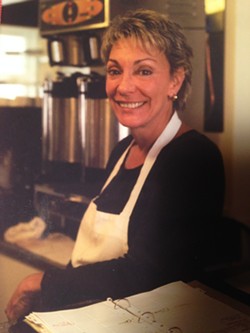 She was diagnosed last April, and died in October at age 64, after taking a prescribed dose of lethal drugs. Vachon, of Johnson, was the first Vermonter to use the state’s 2013 law that allows terminally ill patients to hasten their own deaths, according to her neighbor and friend, Meg Harris.

“This being an option for her was such a comfort,” Harris said.

Harris said Vachon’s oncologist agreed to prescribe the lethal dose of medication that Vachon requested. Getting a second doctor to sign off, as the law requires, was harder. “It’s such a new law, a lot of doctors were reluctant to put their names on it,” Harris said. “There was definitely some dragging of the feet.”

Once a second physician agreed, Vachon was able to find a pharmacist willing to fill the prescription. But the pharmacist had little information about how the drugs would work, Harris said. The prescription wasn't cheap — $450. Harris said they paid for it out of pocket, uncertain about insurance coverage.

Vermont is one of only three states, along with Oregon and Washington, with a law making it legal for a doctor to prescribe a lethal dose to a terminally ill patient who seeks it. Montana and New Mexico court decisions have allowed the practice in those states, too.

Many health care professionals, including hospice organizations, are wary of the new law. Some oppose it for ethical reasons.

Since the law went into effect in May 2013, doctors have reported writing five prescriptions for lethal doses, according to the Vermont Department of Health. Vermont's law does not include any other reporting requirements, so information about how many patients actually used the drugs is available only anecdotally.

Two people who received prescriptions died before using the drugs, according to Linda Waite-Simpson, director of Compassion & Choice, an advocacy group that supports the law.

Waite-Simpson, who has consulted with several families and physicians about the law, said that as far as she can ascertain, Vachon was the first to end her life with the prescribed medication. Waite-Simpson said Vachon's physician consulted with her during the process, though Vachon herself did not.

Harris came forward to talk about her friend’s death after reading a January 28 Seven Days story about Maggie Lake, a 60-year-old Windham County woman who used the law to hasten her death in January. Lake, who had battled cancer for nine years, was believed to be the third Vermonter to end her life using the law.

Vachon, a retiree, had owned a stenography business in Boston and later co-owned a coffee shop in Johnson. She was a strong supporter of Vermont’s Patient Choice and Control at End of Life Act when it passed in 2013, her friend said. That was almost a year before she was diagnosed with Stage IV lung cancer, Harris said.

After her diagnosis, the cancer progressed quickly despite two radiation treatments, Harris said. By June, Vachon decided she would pursue a prescription for a lethal dose. As an animal lover who had seven cats, Vachon didn't understand why euthanasia was accepted for pets but not people, Harris said.

By October, she knew her time was short, Harris said. Morphine was not controlling the pain and was making her occasionally delusional.

Harris picked up the prescription for her on a Thursday. Just having the drugs in the house, she said, made Vachon feel more at peace. “It was interesting to see how much that changed for her,” Harris said. “Her only goal was to do this with dignity and humor.”

That Sunday, Vachon became more ill, Harris said. She decided the next day, Monday, October 27, would be her last.  “Had she not taken the prescription, she probably would have lived only a week longer,” Harris said.

Vachon’s friends gathered in her home that day, Harris said. “Everybody was in the room with her when she passed,” she said. Vachon’s hospice nurse insisted on being present, which was a great comfort, Harris said.

First, Vachon took an anti-nausea medication. She then waited 30 minutes to take the pentobarbital dose that would end her life, Harris said. She mixed the prescription with warm water and juice.

“She sat up and let everybody know, 'I’m going to be honest. I am scared, but I am grateful,'” Harris said.

She died within 16 minutes, Harris said.