Hudson Wins RNC role as 2016 Campaign Warms Up | Off Message

January 26, 2015
Susie Hudson, a longtime active member of the Vermont Republican Party and representative to the Republican National Committee, has been elected to a more prominent post within that committee.

Hudson, of Montpelier, is the Republican National Committee's new secretary. 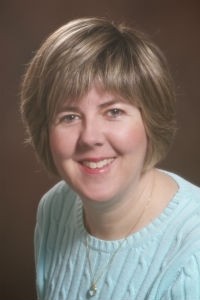 She won the position at the organization's winter meeting this month, defeating a rival from the District of Columbia, a victory she attributes to relationships she's built over 15 years of involvement with the committee.

Her new position with the RNC means she'll be calling the roll at the committee's meetings, held three times a year. She expects to learn more about other duties next month, she said. The committee's focus will be on the 2016 presidential election, she said.

"I look forward to bringing that unique perspective to the leadership team and working towards winning back the White House in 2016,” Hudson said in a news release.

Will she have any say in luring Republican candidates to Vermont, where former President George W. Bush never visited? "I don't know yet. Vermont hasn't necessarily been a target state for Republicans on the presidential slate," she said.

Hudson was not always a Republican. Early in her college life she was treasurer of the University of Vermont Democrats, but by the time she graduated had become chair of the UVM Republicans.

She attributes the change in politics to watching her father, David Hudson, struggle with regulations as a small-business owner — and her sense that Republicans were doing more to help. Her father was also a Republican state legislator for four years in the 1990s.

RNC Chairman Reince Priebus said in the news release, “I am excited to have Susie join our leadership team at the RNC. Susie has been a strong voice for Vermont as a member of the RNC, and her win as secretary is further affirmation of the confidence the members of the RNC have in her abilities.”