Jury to Get Case Against Bosnian Refugee Thursday | Off Message

Jury to Get Case Against Bosnian Refugee Thursday 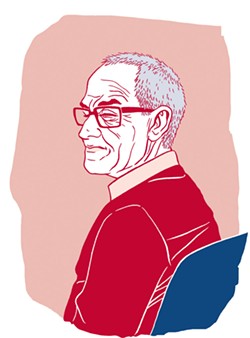 On the eve of closing arguments, federal prosecutors this afternoon dropped one of two charges against a Burlington man on trial for allegedly concealing violent acts he committed during the Bosnian War to gain U.S. citizenship.

The decision came after U.S. District Court Judge William Sessions III persistently questioned whether prosecutors had supplied enough evidence to support their two charges, which were very similar, against Edin Sakoc, who obtained refugee status in 2001 and settled in Vermont. The judge said the charges seemed to be for the same alleged conduct and were repetitive. Authorities say Sakoc, a 55-year-old father, participated in two murders and raped a woman during the 1990s conflict, and hid those acts from immigration officials.

Jay Bauer, a prosecutor from the Justice Department's Human Rights and Special Prosecutions Section, tried to fend off Sessions’ criticisms.

The first charge against Sakoc, Bauer said, was for checking “no” to questions on immigration forms that asked whether he had committed crimes or other acts of “moral turpitude,” in Bosnia. The second charge, Bauer said, was for proceeding with his quest for citizenship knowing his application was falsified.

Bauer previously characterized the differences between the charges as a “subtle, but simple,” distinction.

But Sessions called Bauer’s argument “extraordinarily confusing.” The judge said that bringing two similar charges to a jury might prompt an appeals court to overturn a verdict and grant Sakoc a new trial.

“You’re basically saying they’re identical crimes,” Sessions said. “In light of the facts in this case, it’s a significant concern that the defendant is being prejudiced by the multiplicity of charges.”

Eventually, Bauer relented, and dropped one of the charges.

Sakoc still faces several years in prison and possible deportation if convicted on the remaining charge.

Attorneys are scheduled to give closing arguments in the morning and to then turn the case over to a jury of nine women and four men.

Sakoc’s defense team finished presenting their case this afternoon. Earlier in the day, they summoned Sakoc's brother-in-law to the witness stand.

Zlatan Rakicas, who traveled from Bosnia to appear this morning in U.S. District Court, said his brother-in-law got along with people of diverse ethnic backgrounds before the war broke out.

Rakicas is a Serb, as are the three women Sakoc, 55, has been accused of targeting. Sakoc is a Muslim.

But Rakicas said of Sakoc, who was a soldier fighting the Serbs during the war, that he "respected his own religion, he respected his neighbors' religion. We took care of each other. We were all one."

During their questioning of other witnesses this morning and on Tuesday, defense attorneys revealed their strategy.

Sakoc denies that the rape ever occurred, and his attorneys emphasized that the alleged victim insisted nothing had happened until years later. Additionally, Sakoc's lawyers will argue that both the decision to take a woman to a prison camp, along with his actions when the two women were killed — he was present during the shootings and allegedly helped another soldier carry away the corpses, according to testimony —  were legitimate wartime actions ordered by his superiors in the military.