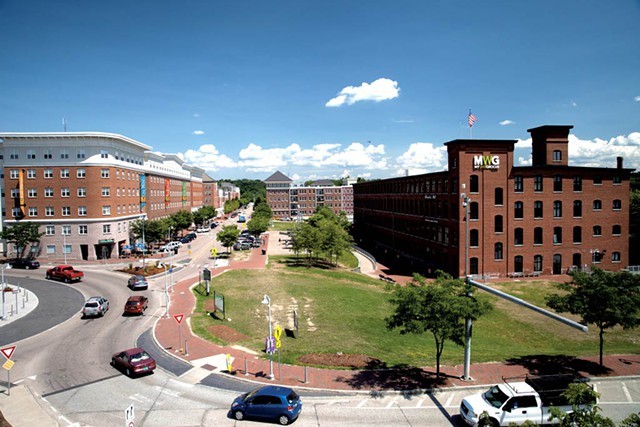 A current city councilor and a former mayor are running for mayor of Winooski.

Last week, after Mayor Michael O'Brien announced he would not seek reelection, William Norful, a lawyer who served as the Onion City's mayor from 1991 to 1999, said he planned to run. Since losing the post to Clem Bissonnette in 1999, Norful has run Norful Law Office on Main Street. He could not immediately be reached for comment.

Leonard, who also could not immediately be reached for comment, has worked at the Vermont Housing Finance Agency since 2012. Prior to that, he was a branch manager at Opportunities Credit Union. According to his website, Leonard graduated from University of North Carolina, Chapel Hill and owns a home with his fiancee on Weaver Street.

"As Mayor," he wrote in the release, "I would initially focus on building a culture of responsive government that listens to our community, inspiring thoughtful economic development, making sustainable and smart infrastructure investments, developing a true municipal plan to guide us, and ensuring Winooski is a regional leader on issues that impact our community."

Other candidates could still emerge — January 22 is the first day candidates can submit their petitions to run; February 2 is the deadline.

Both candidates have praised O'Brien, who's been mayor since 2007.