Passed-Over Democratic City Councilor to Run as Independent | Off Message 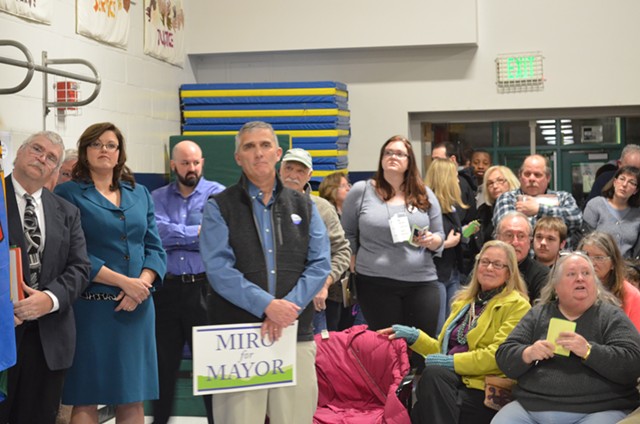 After losing the Democrats' endorsement last Sunday, Burlington city councilor Dave Hartnett will run for the North District seat as an independent. Throwing his weight behind the recently deposed candidate is the Democrats' highest ranking official in the city — Mayor Miro Weinberger, who is also running for reelection.

Hartnett, a longtime moderate Democrat who is wrapping up his second term on the council, was snubbed by Burlington Democrats during their caucus in favor of Carmen George. A more liberal Democrat who previously served one term on the council, George called Hartnett out last Sunday for campaigning for Weinberger's Republican opponent, Kurt Wright, during the mayoral election three years ago.

But Weinberger, who was endorsed unanimously at the caucus, hasn't held a grudge. Hartnett sent a press release Thursday afternoon announcing his campaign and several endorsements, including that of the mayor, who is quoted as saying, “Dave Hartnett is an outstanding city councilor who has been a large part of the city’s turnaround over the last three years. He brings a voice of common sense and compassion to the council, knows his constituents, and is a tireless champion of parks and schools issues. I strongly support Dave’s re-election.”

As Seven Days' Paul Heintz reported in this week's Fair Game column, Weinberger had announced his support for Hartnett ahead of the caucus as well.

Hartnett told Heintz he continues to identify as a D. "I'm a Democrat, and if the Democrats don't want me, they can kick me out, but I'm not leaving."